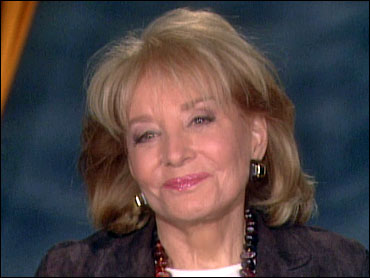 After three decades of keeping mum, Barbara Walters is disclosing a past affair with married U.S. Senator Edward Brooke, whom she remembers as "exciting" and "brilliant."

Appearing on "The Oprah Winfrey Show" scheduled to air Tuesday, Walters shares details of her relationship with Brooke that lasted several years in the 1970s, according to a transcript of the show provided to The Associated Press.

A moderate Republican from Massachusetts who took office in 1967, Brooke was the first African-American to be popularly elected to the Senate. Both he and Walters knew that public knowledge of their affair could have ruined his career as well as hers, Walters says.

At the time, the twice-divorced Walters was a rising star in TV news and co-host of NBC's "Today" show, but would soon jump to ABC News, where she has enjoyed unrivaled success. Her affair with Brooke, which never before came to light, had ended before he lost his bid for a third term in 1978.

Brooke later divorced, and has since been remarried. Calls to a listing for Brooke in Miami by The Associated Press were not immediately returned Thursday.

Walters is the guest of Oprah Winfrey to discuss her new memoir, "Audition," which covers her long career in television, as well as her off-camera life. On "Oprah," Walters recounts a phone call from a friend who urged her to stop seeing Brooke.

Winfrey asks Walters if she was in love.

"I was certainly involved," Walters said. "He was exciting. He was brilliant. It was exciting times in Washington."

Also during the program, Walters chokes up while describing the struggles of her older sister Jackie, who was mentally retarded. Walters confesses that, as a child, she sometimes felt embarrassed by Jackie.

"When I think of her, because she was beautiful and loving and all of that, it makes me cry."