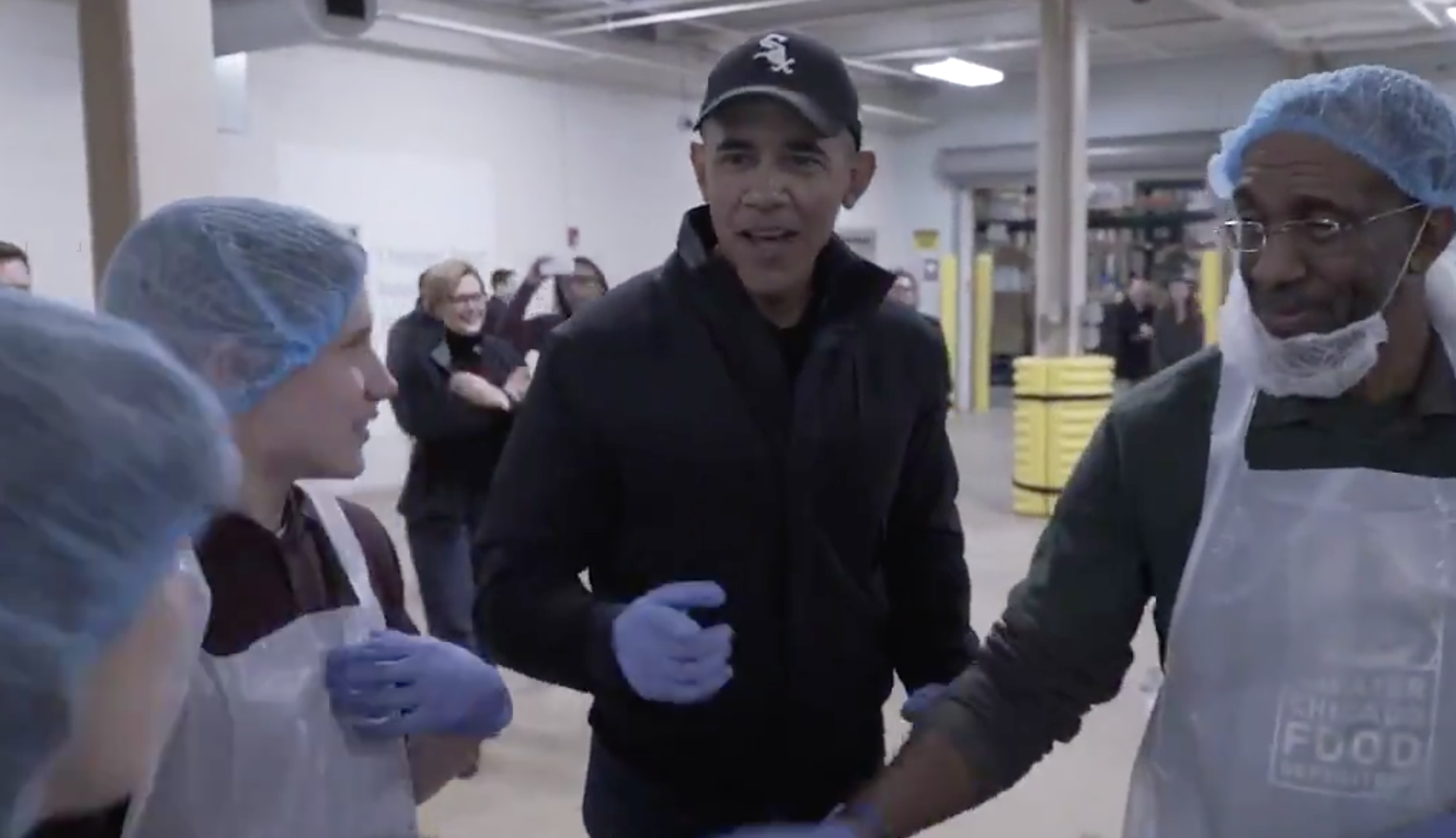 Former President Barack Obama got into the holiday spirit this week, surprising star-struck volunteers and helping them prepare Thanksgiving meals at a Chicago food bank.

Obama, who lived in Chicago and represented Illinois as a U.S. senator, made the unannounced visit at the Greater Chicago Food Depository, a non profit that distributes nearly 160,000 meals a day to the hungry in Cook County. He also used the occasion to praise the volunteers "who understand that hope requires action."

"I am grateful for the next generation of leaders — the young people who are tolerant, creative, idealistic and doing the work to create the world as it should be," he tweeted. "From the Obama family to yours, Happy Thanksgiving."

His organization, the Obama Foundation, tweeted a video of the former commander in chief bagging potatoes alongside helpers. The food bank also tweeted footage of him encouraging volunteers and hugging some, too.

"You guys are doing such a great job helping out," he told two little girls. "I'm really proud of you."

The Greater Chicago Depository thanked Obama for stopping by.

"Thank you to ⁦@BarackObama⁩ and ⁦@ObamaFoundation⁩ for joining our volunteers today at the Food Depository. We believe no one should go hungry, especially this time of year, and that's why we're working to address the root causes of hunger in Chicago and Cook County."

Obama was in town for the second annual Obama Foundation Summit. This year's focus was on bringing positive change in the world and working together to make it happen.

Suspect arrested in case of monkeys taken from Dallas Zoo