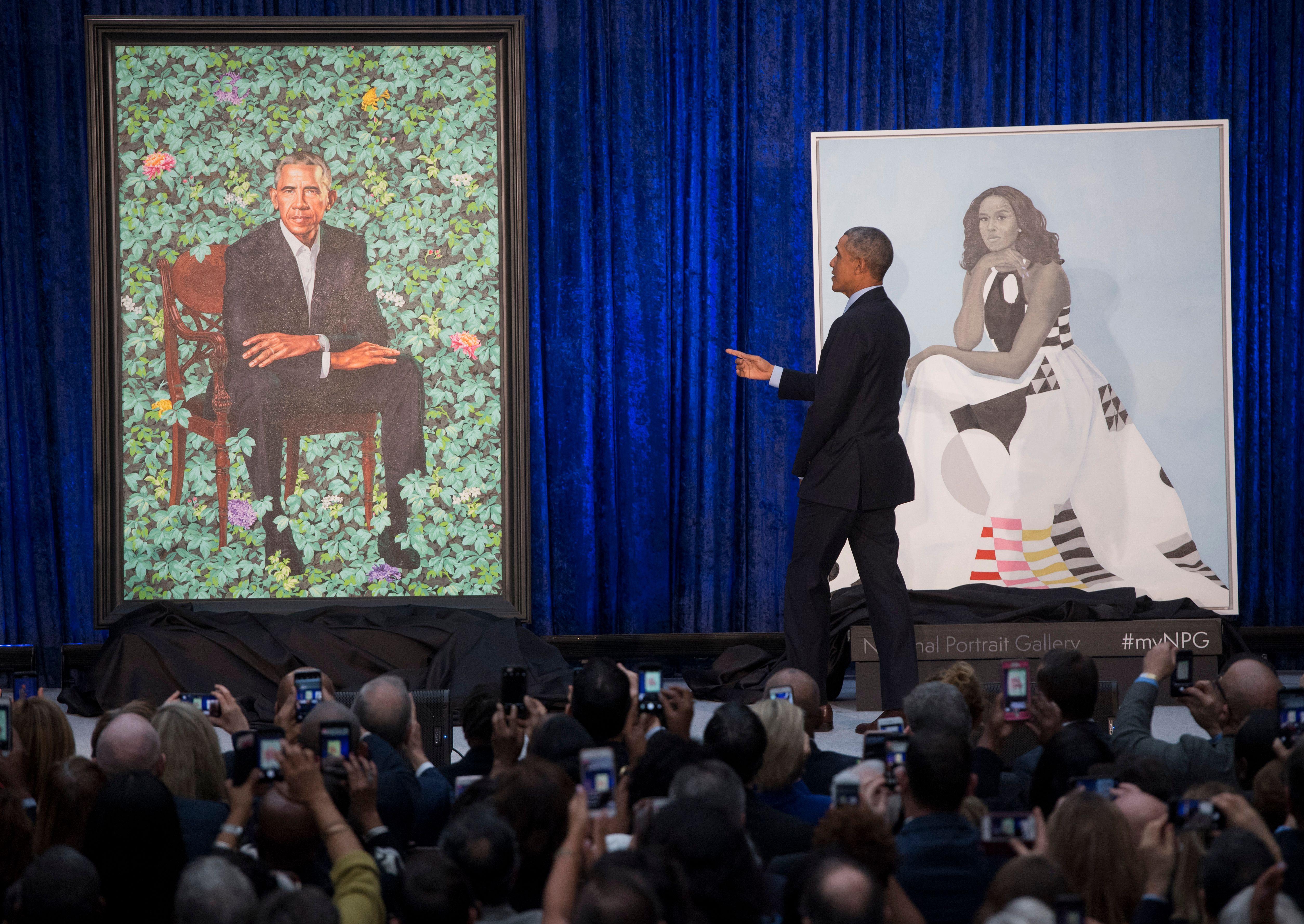 The portraits for President Barack Obama and former First Lady Michelle Obama have been unveiled at the National Portrait Gallery in Washington, D.C. on Monday. The portraits will hang in the Smithsonian-operated museum where a complete collection of previous presidential portraits also hang.

Barack Obama's portrait was painted by Kehinde Wiley — an artist best known for his vibrant, large-scale paintings of African-Americans.

The president's portrait featured a seated Obama with arms crossed in front of lush greenery. "Look at that, I look pretty sharp," the president remarked upon looking at the painting.

The painting, which features a backdrop of ivy, includes several flowers from Illinois, Kenya and Hawaii which Wiley says charts Obama's "path on Earth through those plants that weave their way to the foreground."

The former first lady's portrait depicts a seated Obama in a black and white gown, soft pastels are featured throughout. Mrs. Obama said  "I am humbled, I am honored, I am proud but most of all I am so incredibly grateful to all the people who came before me in this journey."

Mr. Obama joked in thanking Sherald for "so spectacularly capturing the grace and beauty and intelligence and charm and hotness of the woman I love."

She also acknowledged the impact her portrait would have on young African American children who come to visit the painting. "I know the kind of impact that will have on their lives because I was one of those girls," she said.