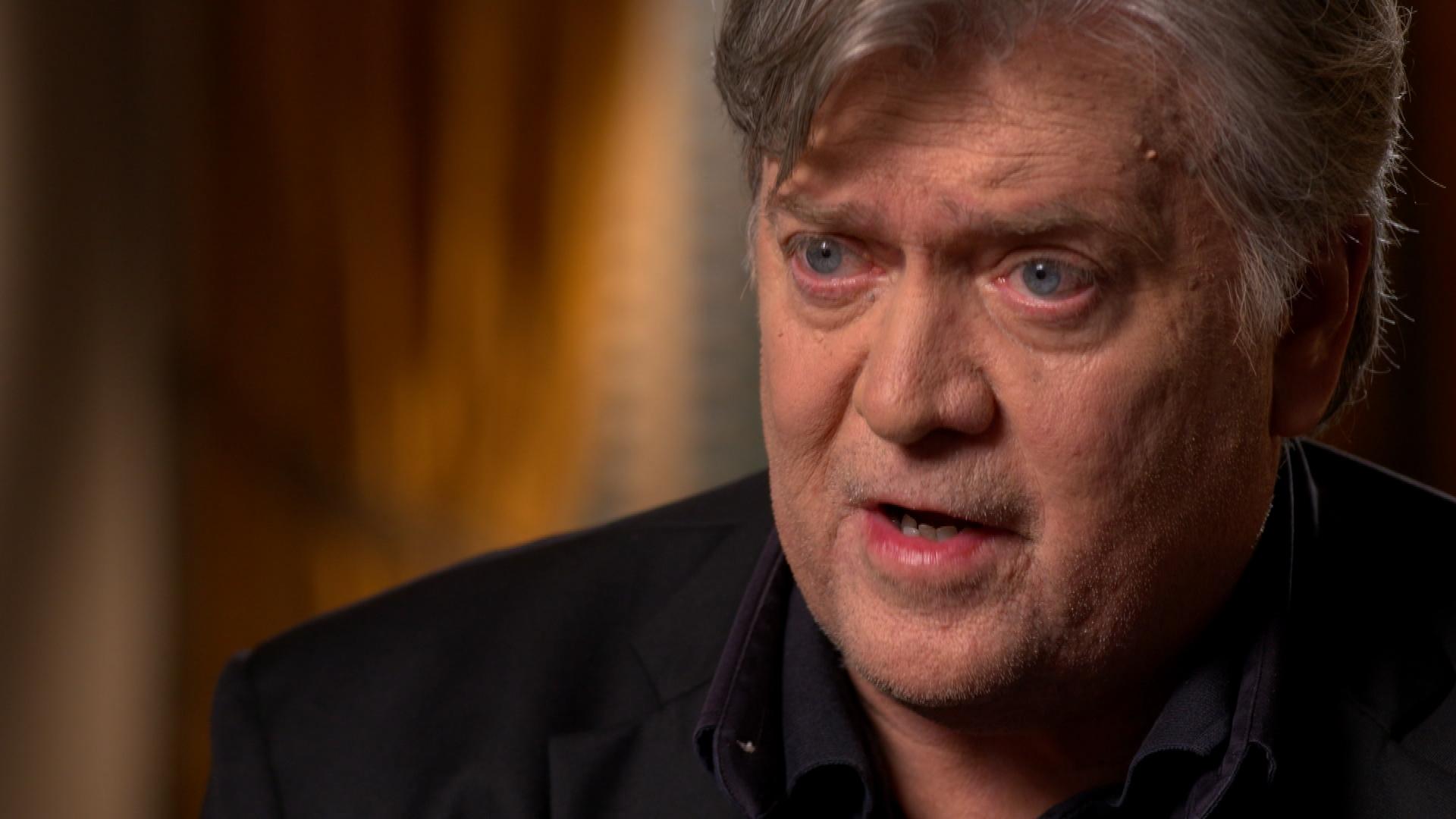 Former Trump Administration Chief Strategist Stephen K. Bannon says the Republican establishment, including Senate Majority Leader Mitch McConnell and Speaker Paul Ryan, is trying to nullify the 2016 election. In his first TV interview since leaving his job at the White House, Bannon tells Charlie Rose he is at war with the Republicans who he says do not want to implement "Donald Trump's populist, economic nationalist agenda." The interview will be broadcast on 60 Minutes Sunday, Sept. 10 at 7 p.m. ET/PT.

"The Republican establishment is trying to nullify the 2016 election. That's a brutal fact we have to face."

An excerpt of the interview was broadcast on the CBS Evening News:

STEVE BANNON: The Republican establishment is trying to nullify the 2016 election. That's a brutal fact we have to face.

CHARLIE ROSE: Give me a story that illustrates that.

STEVE BANNON:  Oh, Mitch McConnell when we first met him, I mean, he was-- he was-- he-- he said, I think in one of the first meetings in Trump Tower with the president, as we're wrapping up, he basically says, "I don't wanna hear any more of this 'drain the swamp' talk." He-- c-- flat out. He goes, "A guy up on Capitol Hill can't buy a Coke unless it's gotta be reported." He says, "I can't-- I can't hire any smart people," because everybody's all over him for reporting requirements  and the pay, et cetera, and the scrutiny. You know, "You gotta back off that." The "Drain the Swamp" thing was-- is Mitch McConnell was day one did not wanna-- did not wanna go there. Wanted us to back off.

CHARLIE ROSE: You are attacking on many fronts people who you need to help you to get things done.

CHARLIE ROSE: And so therefore, now that you're out of the White House, you're going to war with them?

The IMF Report | Sunday on 60 Minutes

Highlights from Prince Harry's interview with 60 Minutes
Thanks for reading CBS NEWS.
Create your free account or log in
for more features.
View CBS News In
CBS News App Open
Chrome Safari Continue
Be the first to know
Get browser notifications for breaking news, live events, and exclusive reporting.