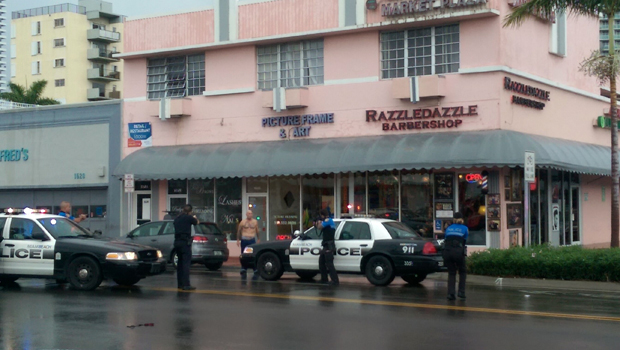 Kathleen Prieto of the Miami Beach Police Department said in an email that police responded to an emergency call from a Bank of America branch on Alton Road. The person who made the 911 call said a suspect was armed with a bomb and had passed a note to the teller.

Prieto said police arrived at the scene and found the suspect inside a barber shop. He then exited the shop with a "straight edge razor in his hand."

Shots were fired and the suspect was killed.