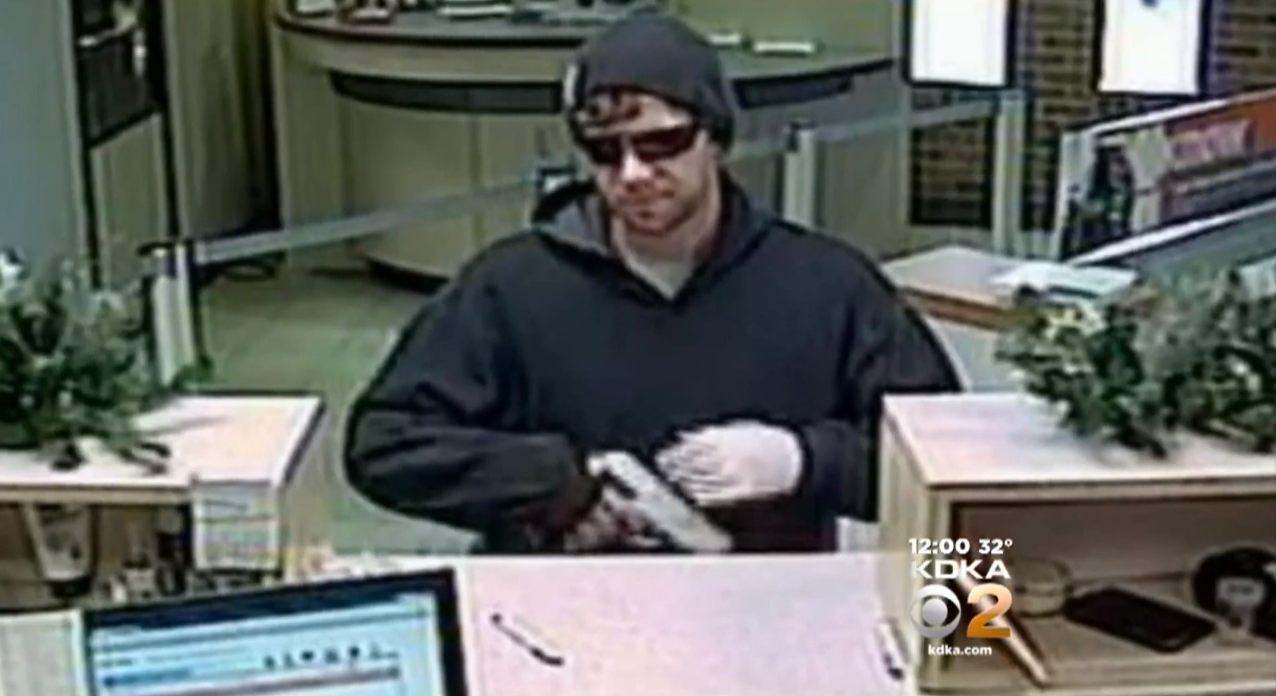 CONNELLSVILLE, Pa. -- Police say that a call from family members led to the arrest of one of their relatives in a bank robbery hours earlier, reports CBS Pittsburgh.

According to police, the incident occurred Wednesday afternoon at a PNC bank in Connellsville. a suburb southeast of Pittsburgh.

Police say the armed robber later identified as Larry Knopsnider Jr., apparently did not think his plan through and did little to disguise himself. When the teller gave him $4,000 in cash, the 30-year-old Knopsnider allegedly took it and ran through neighborhoods where people recognized him.

"It doesn't appear that it was very sophisticated and like I said, he just didn't hide his face very well at all," Police Chief James Capitos said.

After police posted surveillance photos on Facebook, they received several leads. But the biggest lead of all came when his own family identified him, according to CBS Pittsburgh.

"His family ended up seeing the photos and one of the family members said, 'That's our relative,'" Capitos said.

The suspect was already on parole for burglary, according to the station.

Knopsnider was reportedly arrested at his home and is being held in the Fayette County Prison on $50,000 bond.