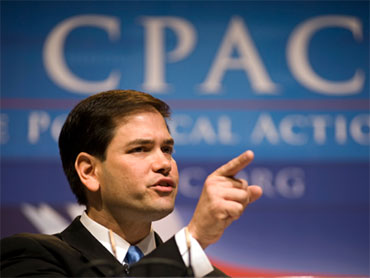 Republican Senate candidate Marco Rubio is facing foreclosure on a Tallahassee home he co-owns with another Miami politician.

Leon County court records show that the Deutsche Bank National Trust Company is foreclosing on a home owned by Rubio and state Rep. David Rivera, who is running for Congress.

Records show the two have failed to make their payments since January.

Rubio did not immediately return a call Friday seeking comment. His campaign told The Palm Beach Post the matter has been resolved and stemmed from a dispute between Rubio and Rivera and the bank over the calculation of payments.

CBS Affiliate WCTV states that since the story came out, thousands of dollars reportedly have been paid to stop the foreclosure.

Rubio admitted he had charged personal items on his party credit card, which was to cover expenses for party activities, but said he regularly paid American Express directly for nonparty expenses.