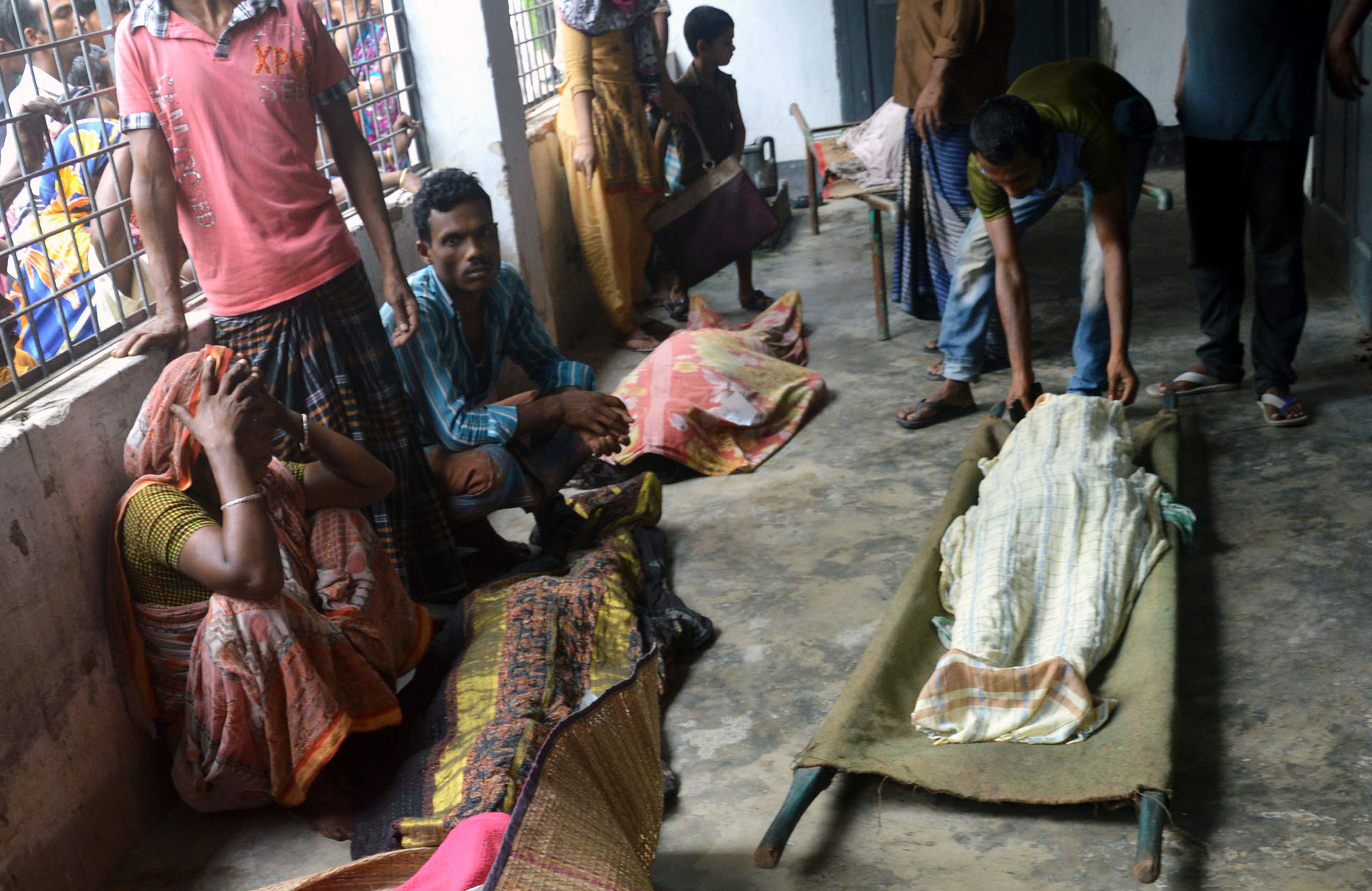 DHAKA, Bangladesh -- At least 23 people were killed in a stampede in central Bangladesh early Friday when hundreds of people stormed the home of a businessman for a charity handout during the holy Muslim month of Ramadan, police said.

Another 30 were injured and rushed to a hospital in Mymensingh, a town 70 miles north of the capital, Dhaka, said police officer Kamrul Islam.

The crowd gathered outside the tobacco businessman's home around 4 a.m. and stormed in when the gates were opened to collect free clothing, Islam said. Twenty-two women and one child were killed in the stampede, he said.

Ambia Begum, 45, came along with seven female relatives at dawn. One of them died in the stampede.

"Oh Allah, why I came here? Why?" she wailed as the body of her 60-year-old relative was retrieved.

Survivors said about 1,000 people, mostly elderly women, gathered in front of the home of the businessman who distributes clothes every year ahead of Eid festival like many others in largely Muslim Bangladesh.

Authorities detained six people, including the businessman, who did not request police presence at his house on the occasion.

Stampedes are common at religious places and during charity handouts in South Asian countries.