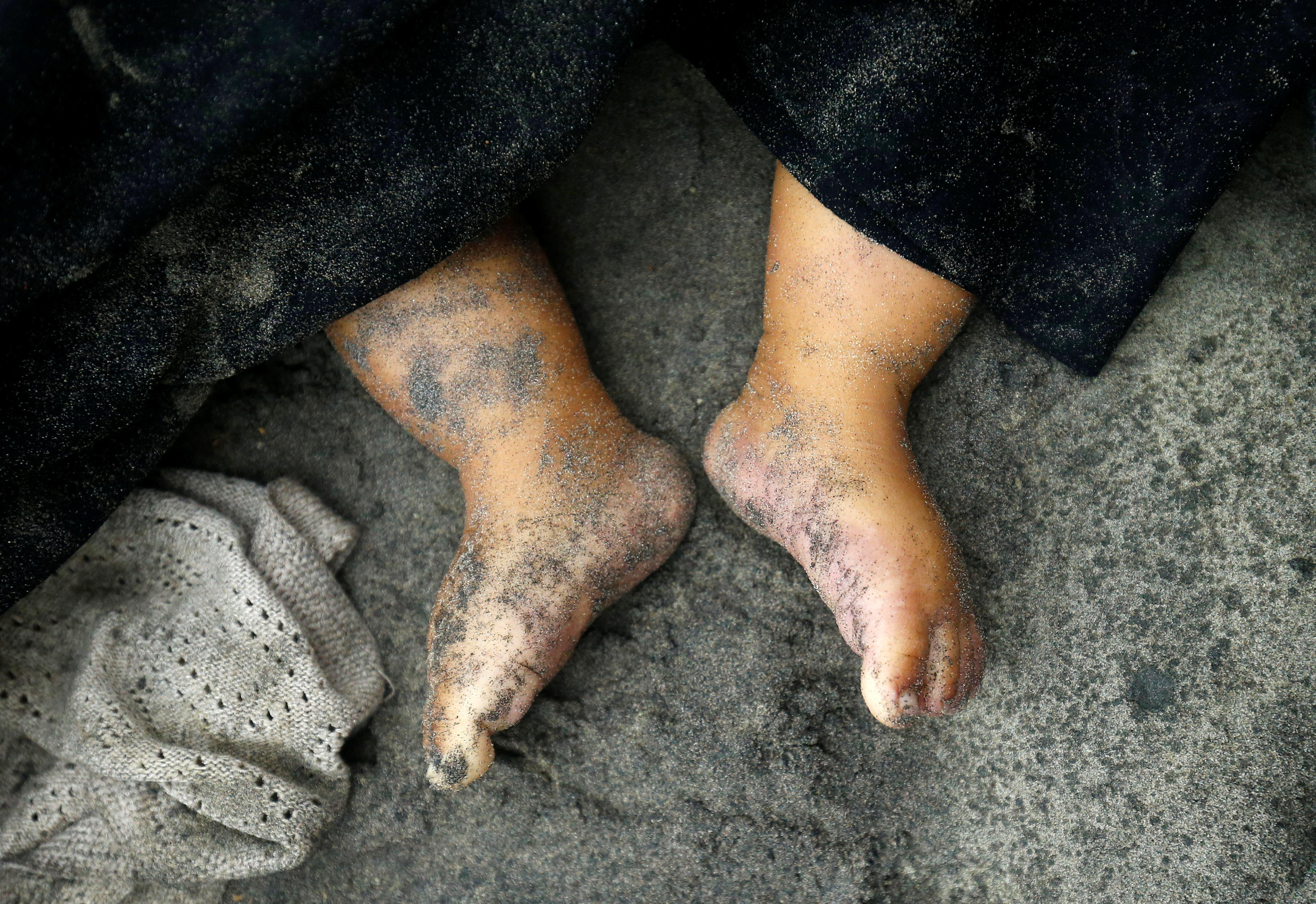 Bangladesh border guard commander Lt. Col. S.M. Ariful Islam said at least three boats carrying an unknown number of Rohingya Muslims sank in the Naf River at Teknaf in Cox's Bazar on Wednesday. He said the bodies of 15 children and 11 women were recovered, and it was unclear whether anyone was still missing.

The top government official in Cox's Bazar, Mohammad Ali Hossain, said the bodies would be buried because no one had claimed them.

Hundreds of people have been stranded in a no man's land at the countries' border, the International Organization for Migration said. Satellite imagery analyzed by U.S.-based Human Rights Watch indicated that many homes in northern Rakhine state were set ablaze.

Most of Myanmar's estimated 1 million Rohingya Muslims live in northern Rakhine state. They face severe persecution in the Buddhist-majority country, which refuses to recognize them as a legitimate native ethnic minority, leaving them without citizenship and basic rights.

Longstanding tension between the Rohingya Muslims and ethnic Rakhine Buddhists erupted in bloody rioting in 2012. That set off a surge of anti-Muslim feeling throughout the country.

Some Buddhists and Hindus have also fled the violence.

More than 400 Hindu residents of Rakhine state crossed into Bangladesh after being attacked by armed men, officials and survivors said.

Main Uddin, a government official in Ukhiya in Cox's Bazar, said the survivors reported that about 86 Hindus had been killed by armed groups in three villages since last Friday.

Nirajan Rudro, a Hindu who fled to Bangladesh, told The Associated Press that masked men armed with guns, sticks and knives had attacked them and set fire to their houses.

Uddin said 412 Hindus are staying in a Hindu neighborhood near Rohingya camps in Ukhiya.

"They have been sheltered in an abandoned poultry farm there. Bangladeshi Hindus are helping them," he said.