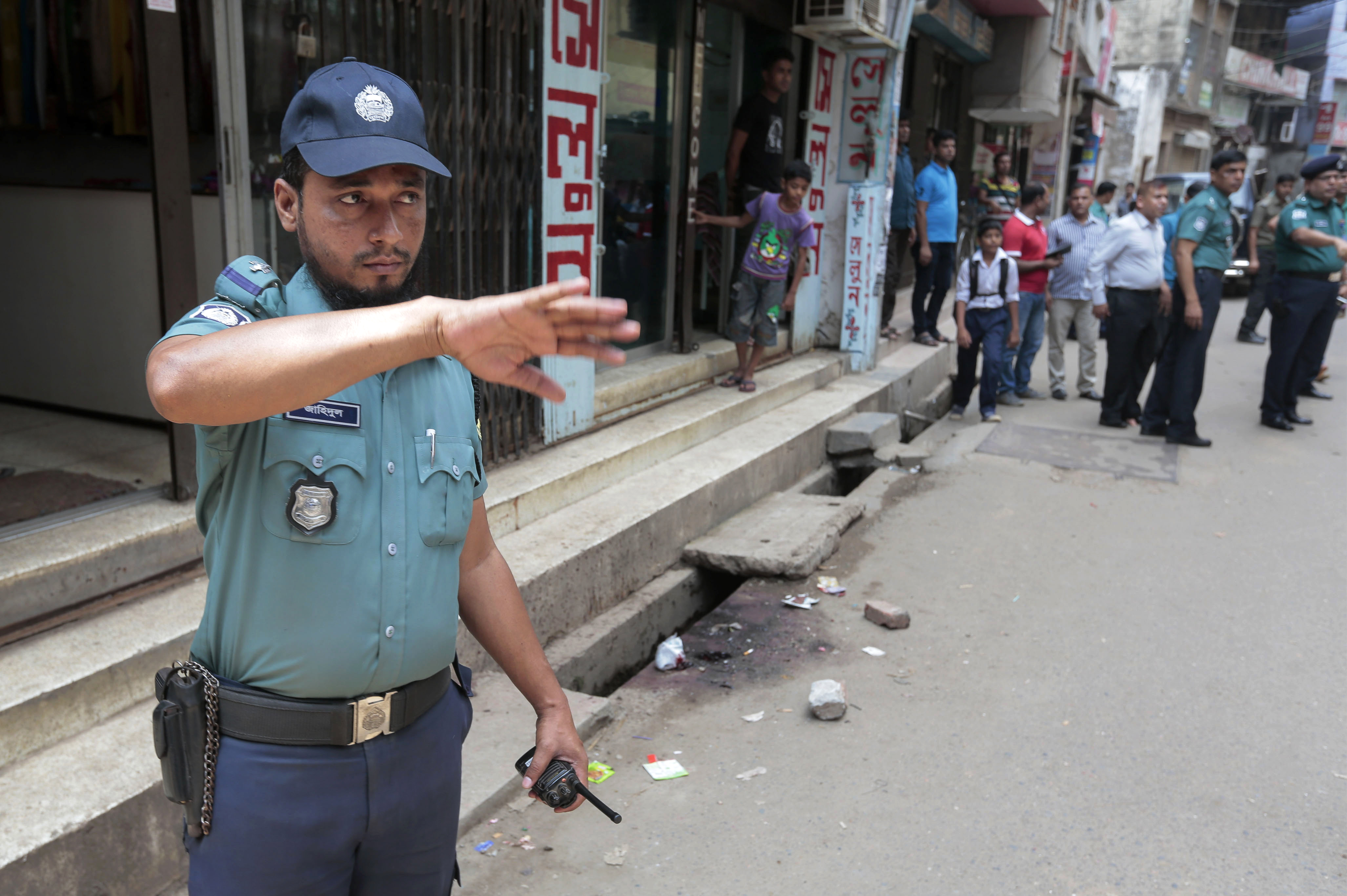 NEW DELHI -- A banned Islamist group in Bangladesh tied to the al Qaeda in the Indian Subcontinent has claimed responsibility for the killing of a student opponent of radical Islam.

The killing of 28-year-old Nazimuddin Samad on Wednesday night follows a string of similar attacks last year, when at least five secular bloggers and publishers were killed allegedly by radical Islamists.

According to SITE Intelligence monitoring group, Ansar al-Islam, the Bangladesh division of al Qaeda in the Indian Subcontinent, or AQIS, said in a statement posted online on Friday that its members carried out the attack in "vengeance." It said that Samad "abused" God, the Prophet Muhammad, and Islam.

It cited three examples from Samad's Facebook page without giving the text of his posts.

"This operation was conducted to teach a lesson to the blasphemers of this land whose poisonous tongues are constantly abusing Allah, the religion of Islam and the Messenger under the pretext of so-called freedom of speech," the statement said. It could not be verified independently.

Bangladeshi police declined to comment about the statement Saturday, but said they were investigating.

Some Bangladeshi media on Saturday criticized the investigating agencies.

"One of the reasons we think why the violent radicals continue to succeed in their nefarious plan is the impunity they seem to enjoy," leading English-language Daily Star newspaper said in an editorial.

It said that most cases apparently floundered at the investigation stage. "One would have expected the security agencies to have culled enough intelligence in the last three years from those arrested, to neutralize the group," it said.

Three motorcycle-riding assailants hacked and shot to death Samad when he was walking with a friend after finishing his law class at a state-run university in Dhaka.

Investigators said Samad was apparently targeted for his outspoken atheism in the Muslim-majority country, and for supporting a 2013 movement to demand capital punishment for war crimes involving the independence war against Pakistan in 1971.

Many of Samad's posts criticized radical Islam and promoted secularism. He was a supporter of Prime Minister Sheikh Hasina's secular Awami League party and backed the push for prosecutors to have more scope for going after suspected war criminals.

According to the New York Times, he also seemed fed up with threats, writing: "No one is forcing you to read or look at what I write. So why this violence, this murdering?"

Hasina's government has been cracking down on radical Islamists and blamed them for the deadly attacks last year on secular bloggers, minority Shiites, Christians and two foreigners. It accuses the opposition of supporting religious radicals in seeking to retaliate against the government for prosecuting suspected war crimes.

Some of the attacks were claimed by the Islamic State group, but the government dismisses those claims and says the Sunni extremist group has no presence in the country.

On Thursday, the United States condemned the killing and said it is considering granting refuge to a select number of bloggers who face imminent danger.

State Department spokesman Mark Toner strongly condemned the "barbaric murder" of Samad and told reporters the U.S. offers "unwavering support to the Bangladeshi people in their struggle against violent extremism."