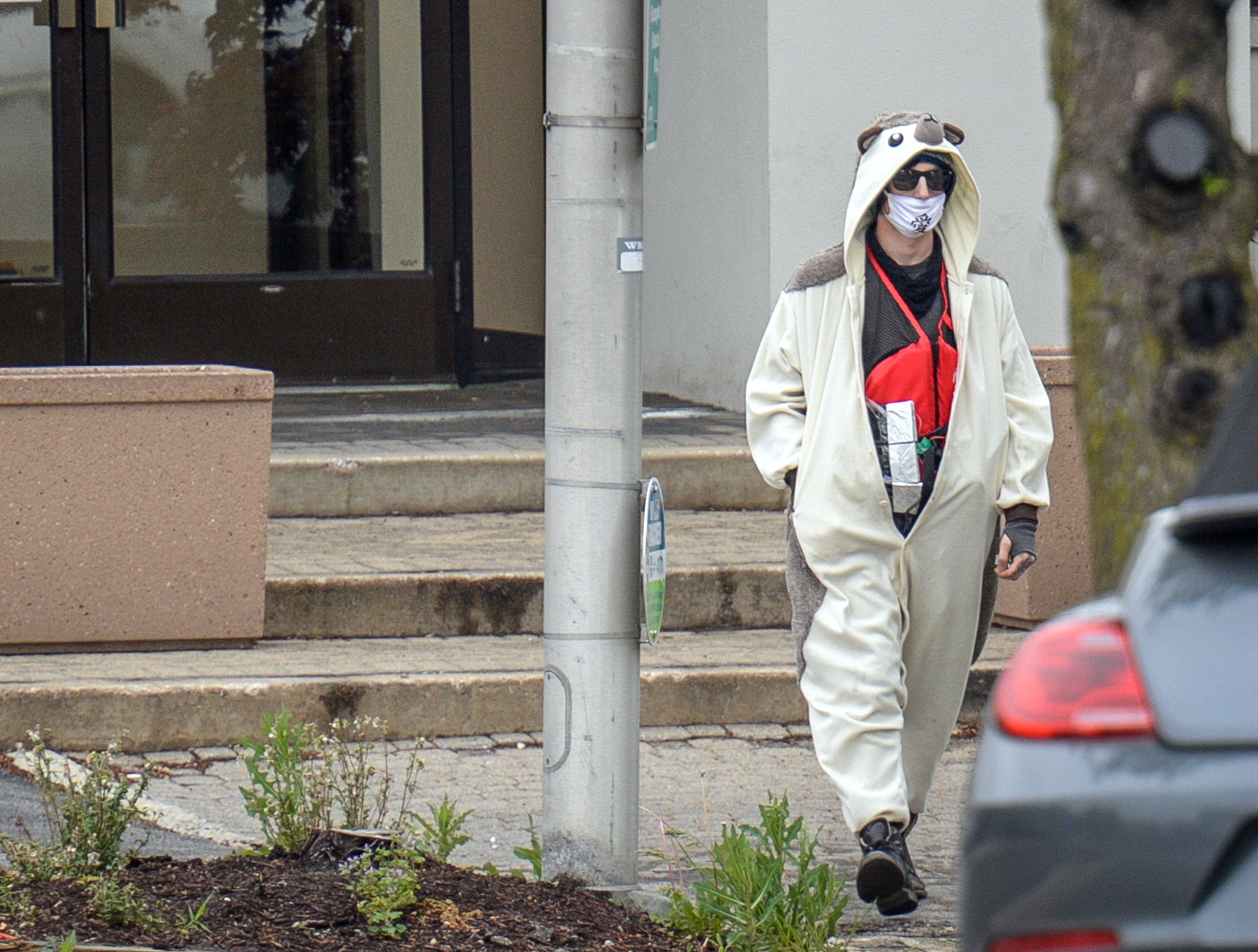 BALTIMORE -- A man wearing a panda onesie and a surgical mask who claimed he had a bomb strapped to his chest at FOX45's television station in Baltimore, Maryland, was shot by police after he exited the building.

Earlier, the television station had been evacuated after the suspect entered the lobby and claimed to have a bomb, CBS Baltimore reported.

Baltimore Police spokesperson T.J. Smith told reporters that after the suspect exited the building, he would not comply with officer's orders, and a sniper shot him.

"At this point in time the suspect came out of the building and started advancing towards officers," Smith said.

Smith said the device appeared to resemble an explosive, but was actually some sort of red flotation device stuffed with chocolate candy bars wrapped in aluminum foil with wire connecting them.

"It doesn't not appear this device was capable of actual explosives," Smith said.

The suspect, who Smith describes as a white 25-year-old man, had his clothes stripped by an explosive sweeping robot, CBS Baltimore reports. He was then put on a stretcher and into an ambulance.

Smith said the suspect is at a local hospital in serious, but stable condition. He is expected to survive.

Before the suspect entered the building, a car was set on fire in the parking lot. Smith said they believe it was the suspect's car and he intentionally set the fire.

He said someone came into the front of the building and they apparently said they had some information they wanted to get on the air.

"I came down at one point not knowing the person was in the lobby, near the vestibule area. He talked to me and was wearing what appears to be a full body white panda suit, surgical mask and sunglasses. He had a flash drive, said he had information he wanted to get on the air," he said. "He compared it to the information found in the Panama Papers. I told him, 'I can't let you in, you're going to have to leave the flash drive here and slide it through the opening.' He wouldn't do that. Apparently he had made some threats before."

Smith confirmed that the suspect had a flash drive, and wanted the material on it aired. He said they are still investigating what that material is.