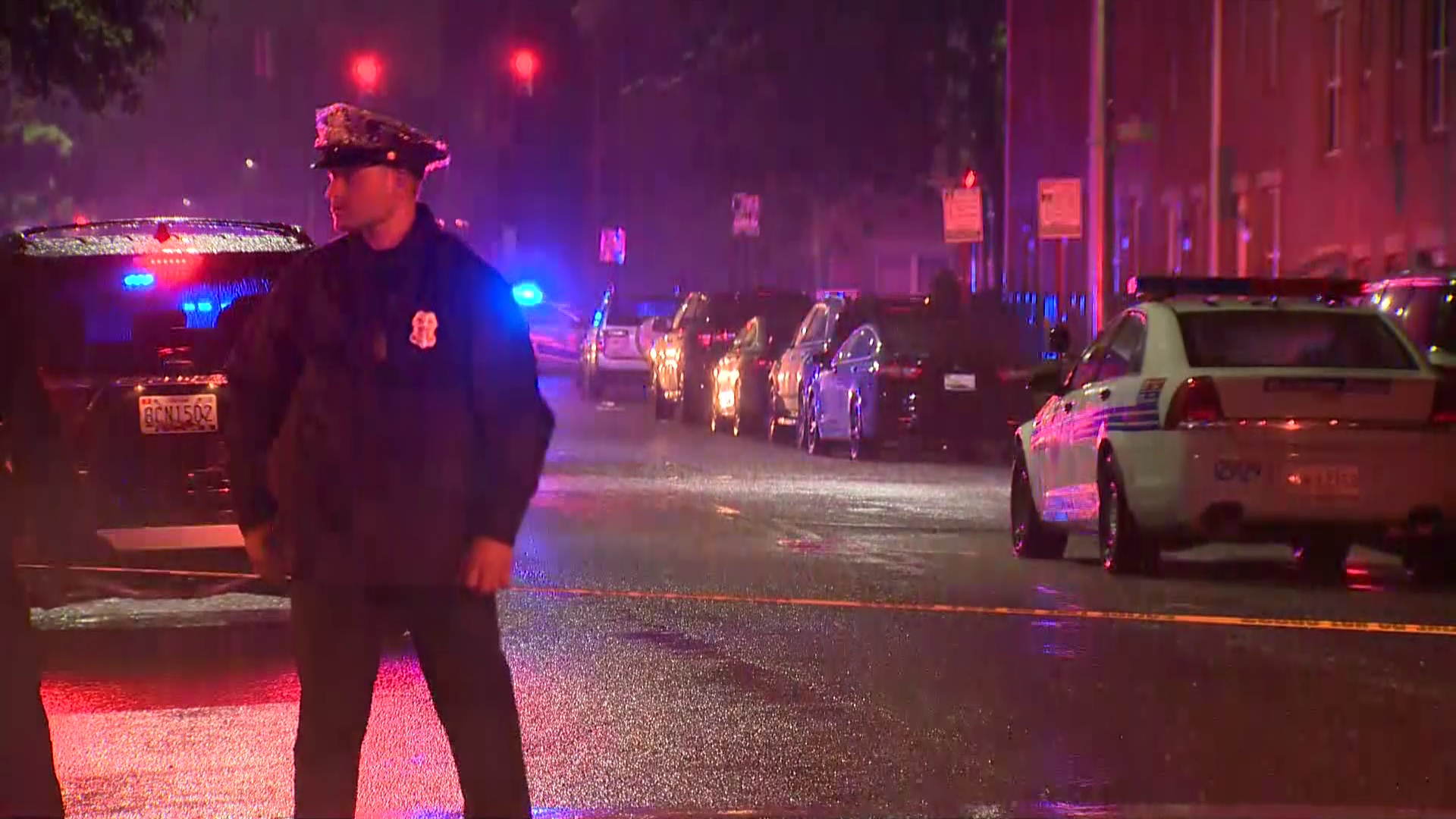 BALTIMORE -- A Baltimore Police Department officer was injured and the suspect was killed during a shootout Sunday evening, CBS Baltimore reports. Police say the officers were in a west Baltimore neighborhood for a "crime suppression initiative," which police are running in several violence-prone areas of Baltimore. Police are not yet sure what led up to the shooting, but the officer and suspect exchanged gunfire.

They believe the male officer, a veteran of the force, suffered non-life threatening injuries after being shot by the suspect, while the suspect was fatally shot by the officer.

Baltimore Police Department Commissioner Gary Tuggle said "quite a few rounds" were fired, but police are still investigating what exactly happened before the shootout.

Tuggle said the area is still an active crime scene, and police will hold the area until the investigation is complete. Police are working on a robocall to let those who live nearby know how long officers will be there to investigate.

Officers will be on scene to assist with getting people in and out of their homes while police investigate the active crime scene.

Baltimore Mayor Catherine Pugh said the officer is expected to be released from the University of Maryland Shock Trauma Center later Sunday night.

The Baltimore Sun reported that the district was the same area where two people were shot and wounded last week.

Tuggle said crime suppression operations had been carried out in other districts of the city previously and that this was just another area where that initiative was being undertaken when the shooting broke out. He said the shootout began after the officer came upon the suspect, adding police with the crime suppression initiative weren't actively seeking the person who was fatally shot.

"There's been a lot of violence in this area and we have taken extra steps in this area to address the violence," he said Sunday.

The Sun reported that the wounded officer was in good spirits Sunday night, according to a police officers' union. The police union president had gone to the trauma center with other officials, the union tweeted, according to the newspaper.

Area residents told the newspaper they heard many shots.

Kelly Blanding said he was watching football in a home near where the shooting erupted.

He told The Sun he heard so many shots that "I started to wonder, when is it gonna stop?"

"It was like a war out here," Blanding added.