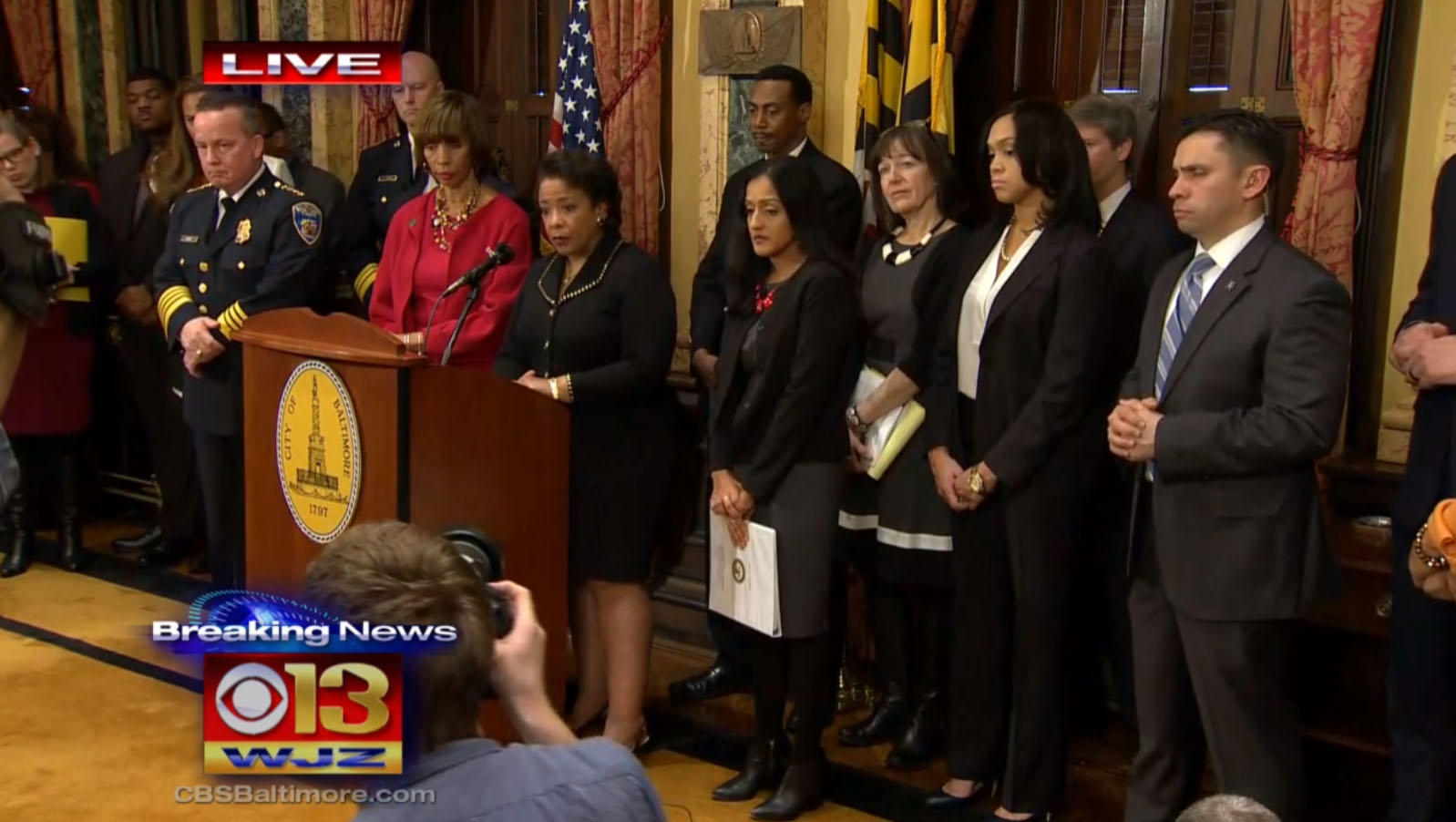 BALTIMORE -- The Baltimore police department committed to a sweeping overhaul of its practices Thursday under a court-enforceable agreement with the federal government.

The Justice Department agreement , which was approved by the city government and will now be submitted to a judge, mandates changes in the most fundamental aspects of police work. The agreement, known as a consent decree, is the culmination of months of negotiations with the federal government and is meant to correct constitutional violations identified in a scathing report released last year.

The filing of the agreement, in the waning days of Attorney General Loretta Lynch’s tenure, is meant as a capstone for an administration that has made civil rights enforcement a key priority and that has pursued similar consent decrees with other large American police forces. Lynch says the consent decree has three main goals: effective and constitutional policing; restoring community trust in law enforcement; and advancing the safety of the public and police officers.

“We could not be prouder to partner with the people of Baltimore on this journey towards making their city a community that protects the dignity, rights, and safety of all its people,” Lynch said in a statement.

The agreement is intended to be remain in place long after Lynch leaves office, though civil liberties advocates are concerned that Sen. Jeff Sessions, the Alabama Republican who’s been nominated to replace her, may not look to enforce consent decrees with the same vigor.

The Justice Department began investigating the Baltimore force following the April 2015 death of Freddie Gray, a young black man who was fatally injured while in the custody of officers. Its report last August found that officers were routinely stopping large numbers of people in poor, black neighborhoods for dubious reasons, and unlawfully arresting residents merely for speaking out in ways police deemed disrespectful.

The consent decree is meant as a remedy for some of those problems.

It discourages the arrests of citizens for quality of life offenses, requiring a supervisor to sign off on any request to take someone into custody for a minor infraction, and also mandates basic training for making stops and searches.

In addition, it commands officers to use de-escalation techniques to resolve incidents without the use of force where possible, or with “force proportional to the threat,” DOJ Civil Rights Division head Vanita Gupta said Thursday. It requires police to thoroughly investigate sexual assault claims “without gender bias” and send specially trained units to distress calls involving people with mental illness.

The agreement also lays out policies for transporting prisoners, a likely acknowledgment of the death of Gray, who suffered a grievous spinal cord injury in the back of a police van. The consent decree requires officers to ensure that prisoners are protected with seat belts and to check on them periodically to make sure that they’re safe. Transport vans will also require cameras, Democratic Mayor Catherine Pugh said.

The agreement also includes establishing a Community Oversight Task Force to recommend reforms to the city’s current system of civilian oversight.  It calls for allegations of police misconduct to be thoroughly investigated and for officers to receive necessary equipment and training, and requires the department to perform a staffing survey to ensure sufficient numbers of officers and supervisors.

“Cops on the street will absolutely benefit from this consent decree,” Davis said.

The Justice Department in the Obama administration has launched about two dozen wide-ranging investigations of police agencies, including Chicago, Cleveland and Ferguson, Missouri, and is enforcing consent decrees with many of them.

At his confirmation hearing this week, Sessions expressed ambivalence about the enforcement of consent decrees. He said that while he believed individual officers needed to be held accountable for wrongdoing, he was concerned about maligning an entire police agency for what may be the bad actions of a small number of officers.

“It is a difficult thing for a city to be sued by the Department of Justice and to be told that your police department is systematically failing to serve the people of the state or the city,” Sessions said.

“So they often feel forced to agree to a consent decree just to remove that stigma,” he added. “And sometimes there are difficulties there, so I just think we need to be careful and respectful of the parties.”