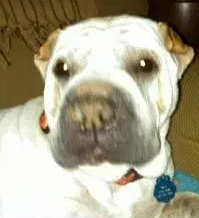 BALTIMORE -- A Baltimore police officer who slit a dog's throat while trying to restrain it in June has been cleared of all charges stemming from the canine's death, reports CBS DC.

Jeffrey Bolger, a 20-year veteran of the department who has since retired, was acquitted Wednesday after a judge ruled there was insufficient evidence to convict.

Bolger faced charges of animal cruelty and misconduct stemming from the incident, in which he cut a 7-year-old Shar Pei's throat. The dog had previously bitten a pregnant woman and Bolger and another officer believed the dog was dangerous, the station reports.

Prosecutors argued that Bolger's actions were cruel and inhumane, according to CBS Batimore. Bolger said he thought the dog had strangled itself on its pole and was trying to spare the animal additional pain.