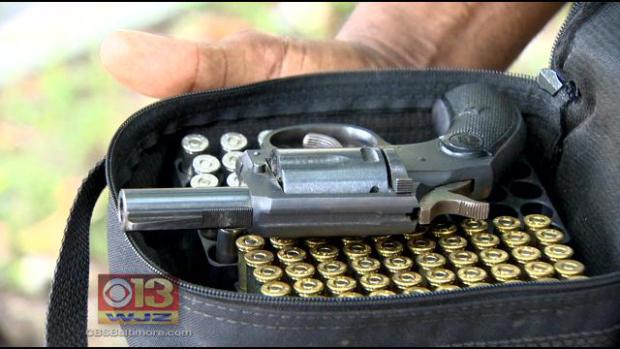 BALTIMORE - It's not your typical gun buyback program -- you could swap your shooter for a computer, in an East Baltimore neighborhood aiming to get weapons off the streets while training people for new careers, reports CBS Baltimore.

On Saturday, the McElderry Park Community Association hosted a gun buyback, offering people value for their firearms. But instead of the usual monetary exchange, computers are being offered instead.

"If you give the people the resources and tools - I don't care how poor they are - if you give them the tools they need, they will work to help improve the living environment in the neighborhoods," said McElderry Park Community Association President Glenn Ross, according to the station.

Jefferson Livingston, who traded in his late father's .38 revolver, said that he had long wondered what to do with his firearm.

"When [my dad] passed, I just took it home and it's been sitting there," Livingston told CBS Baltimore. "Anybody can steal your stuff, shoot somebody with it and trace it back to you. I said it's not really worth [keeping] it."

The McElderry Park group is able to offer this unique buyback through a 3-year, $1 million grant, the station reports.

"The real thing is education over violence," said Lance Lucas, whose non-profit group Digit All Systems refurbished the used computers being exchanged. He told CBS Baltimore that there's a second part of the gun buyback deal: free job training comes with the computer.

"There are 18,000 job positions opened in Baltimore for IT right now. It is a very lucrative job market. So you want to help develop people in the area to fill these jobs," Lucas said.

The station reports this is the second year Baltimore has hosted a computer-for-guns buyback. They're hoping to beat last year's total of 57 guns collected. Police have a no-questions-asked policy at the event, though they run a check on the weapons to ensure they aren't linked to any crimes.