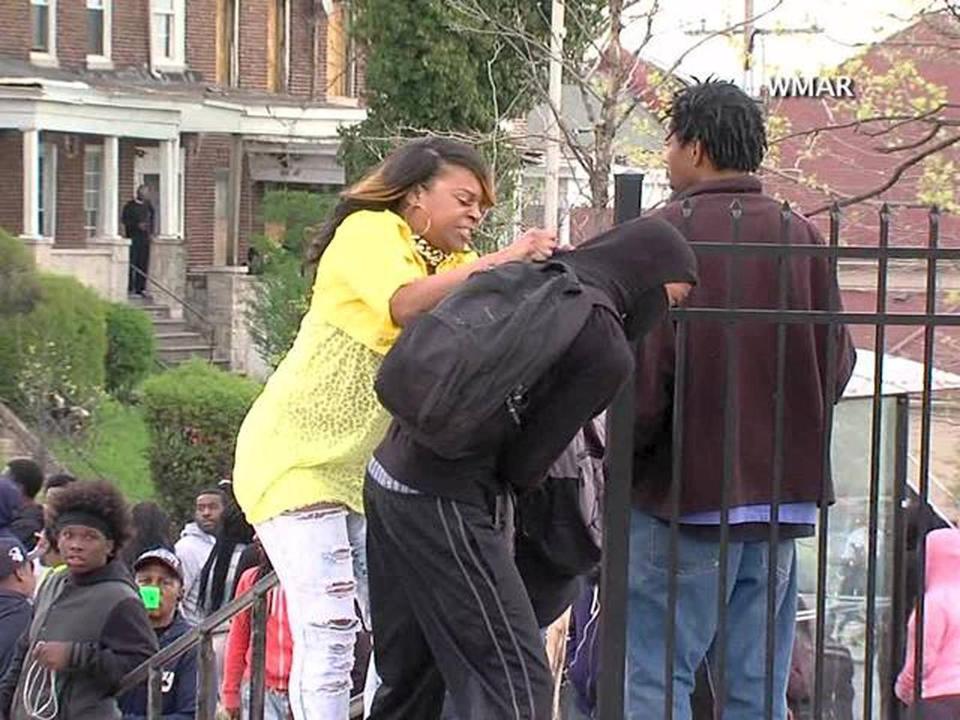 BALTIMORE — Toya Graham is no stranger to fighting battles, most notably, the one involving her 17-year-old son, Michael Singleton, more than a year ago in April 2015, CBS Baltimore affiliate WJZ reported.

In the midst of the unrest in Baltimore after the death of Freddie Gray, Graham spotted her then-16-year-old son and forced him out of the chaos between police and dozens of teens. Video of the encounter went viral, and Graham received national attention and even support from the president.

This time around, Graham’s battle is finding a place for her and her family to live.

The kitchen to the home where Graham and her family of six have lived since April caught fire Saturday afternoon while her son, who is now home from the program Job Corps, was cooking.

The son, Michael Singleton, says he was warming up a pot of cooking oil when he left for just a few minutes to go to the bathroom just off the kitchen. When he returned, he said, “The pot is smoking, it was like smoking, so I went to go reach for it and then it burst out into flames.”

Singleton says he first alerted the neighbors that there was a fire.

“My sister was actually coming through the door. So I was telling her, ‘It’s a fire right now,’” he said.

Graham says she came home to find no one was hurt, but now the family can’t stay in their home.

After four days staying in a hotel provided by the Red Cross, those funds are running out, and this time, Graham says she needs help.

“It’s a lot to have to put your personal out there for the world to see,” she said.

With no electricity to the home and no insurance, Graham says she wonders if her landlord, who recently renovated the kitchen, will kick her and her family out.

Graham and her family have set up a GoFundMe page to help with housing and the loss of food and household items during the fire.

Update: The GoFundMe page set up for Graham’s family has raised $34,600 by midday. The aftermath of the kitchen fire is shown in this photo: