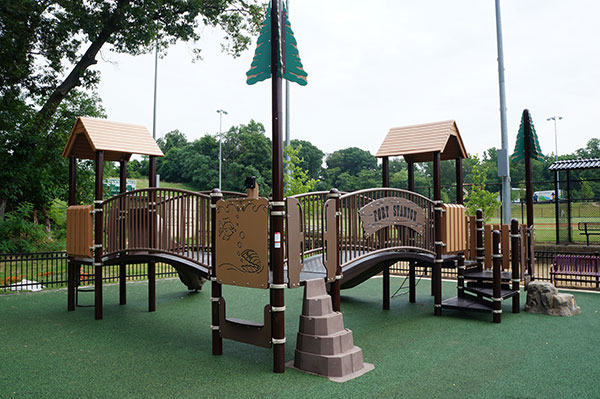 Sources tell the station that an eight and nine-year-old are facing charges for lighting the playground at John Ruhrah Elementary Middle School on fire on Thanksgiving.

According to the station, surveillance cameras at the school captured the two children lighting the playground on fire and shooting video of it with their cell phones.

The playground at the school - a $26,000 state-of-the-art structure - was built in 2013 as part of a service project by the National Association of Elementary School Principals, reports the station.