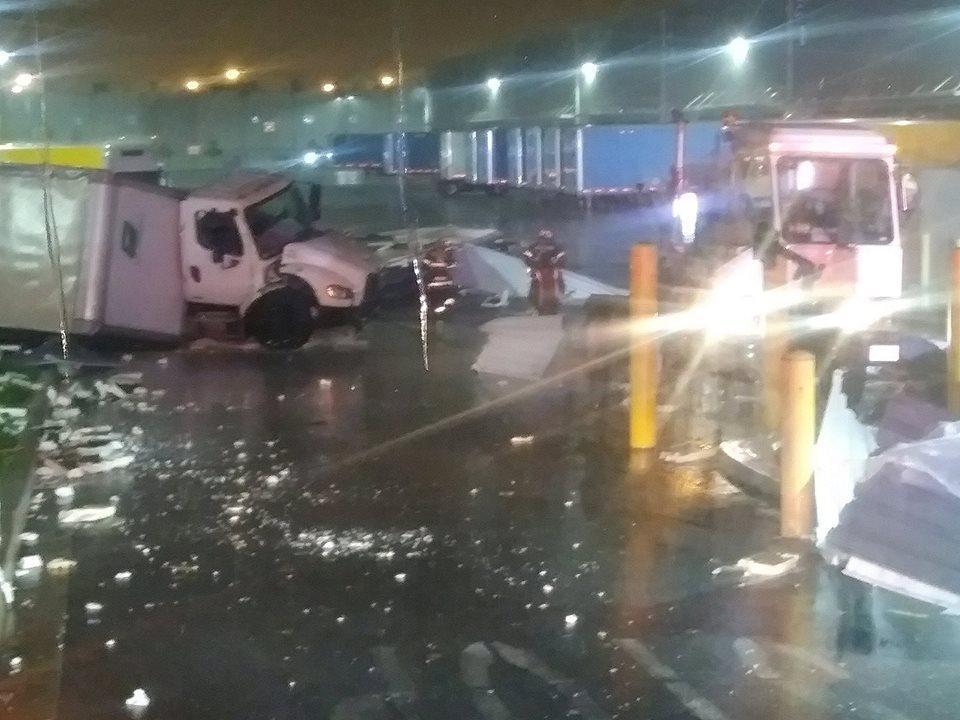 Two people are dead after a partial building collapse late Friday at an Amazon warehouse near Baltimore, the city's fire chief said. In a statement, Amazon said "severe weather" caused a wall to collapse at the facility in Dundalk.

Amazon said the victims were not employees but contracters. Their names have not been released.

Dhazyah McCoy, who was finishing her shift when the severe weather started, told CBS Baltimore that it "sounded like bombs."

"I just heard a lot of banging over top of our heads but we thought it was rain but when I looked back and I seen the wall collapse that's when I knew it wasn't just rain it had to be something else I'm not sure what it was but I was just hoping everybody got out safe,"  she said.

Baltimore fire chief Roman Clark initially said one person was dead at the hospital and another missing, but the missing person was found dead under heavy debris early Saturday morning.

Debris could be seen along Holabird Avenue at Broening Highway where the Amazon center is located, CBS Baltimore reports.

No others are reported missing.