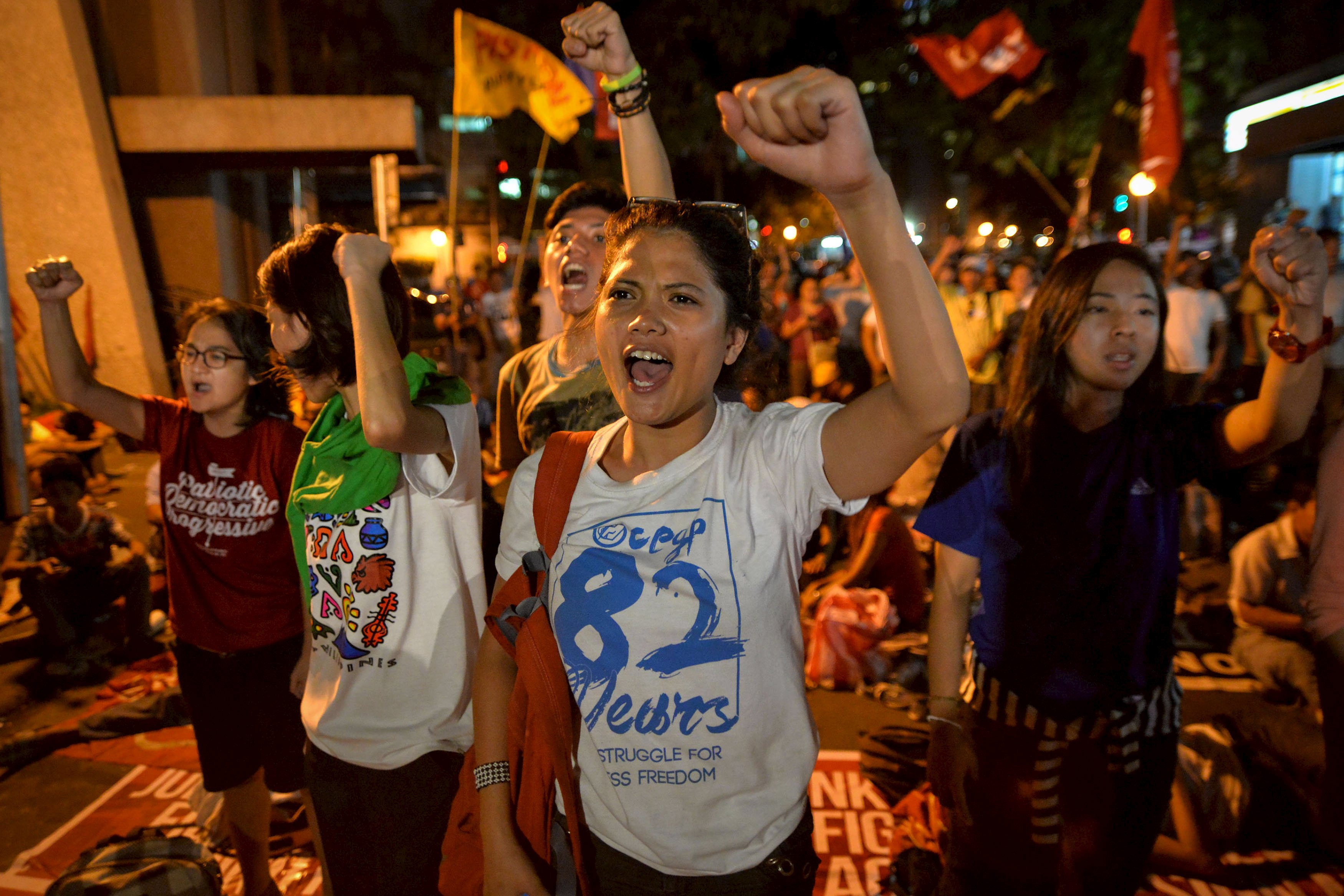 CILICAP, Indonesia -- A woman Philippine convict - one of nine people due to face a firing squad - has won a stay of execution, Indonesia's attorney general said Wednesday.

Attorney General Muhammad Prasetyo did not comment on whether the executions of two Australians, four Nigerians, a Brazilian and an Indonesian man had been carried out as scheduled shortly after midnight.

Indonesia media reported that the eight had been executed, citing official though unidentified sources.

Brazil's foreign ministry confirmed the execution of a Brazilian.

Mary Jane Fiesta Veloso had been arrested in 2010 at the airport in the central Indonesian city of Yogyakarta, where officials discovered about 2.5 kilograms (5.5 pounds) of heroin hidden in her luggage.

Prasetyo said Veloso was granted a stay of execution because her alleged boss has been arrested in the Philippines, and the authorities there requested Indonesian assistance in pursuing the case.

"This delay did not cancel the execution. We just want to give chance in relation with the legal process in the Philippines," Prasetyo said.

"We thought we've lost my daughter. I really thank God. What my daughter Mary Jane said earlier was true, 'If God wants me to live, even if just by a thread or just in the final minute, I will live," Celia Veloso said.

"That's what she said and it became true. So I really thank God for this miracle that happened to my child," she said.

Michael Chan, the brother of Australian prisoner Andrew Chan, who became a Christian pastor during his decade in prison, reacted with anger.

"I have just lost a courageous brother to a flawed Indonesian legal system. I miss you already RIP my Little Brother," Michael Chan tweeted.

The press officer spoke on condition of anonymity because of government policy.

Ambulances carrying coffins arrived Tuesday at a prison island and relatives paid final visits to their condemned loved ones as Indonesia announced it would execute the eight foreigners and one Indonesian man on drug charges, despite an international outcry and pleas for mercy.

The nine inmates were given 72-hour notices over the weekend that they would be executed by a firing squad, prompting a flurry of last-minute lobbying by foreign leaders. The United Nations has argued that their crimes - possession of heroin, marijuana or cocaine - were not egregious enough to warrant the ultimate punishment.

On Tuesday, Australia's foreign minister defended Prime Minister Tony Abbott against online criticism that he had not done enough to save the lives of Sukumaran and Chan.

"Tony, if you have any courage and compassion, you'd get over to Indonesia and bring these two boys home," actor Brendan Cowell said of the prime minister.

Cowell later apologized for the tone of his message in the video, Sky News reported.

"Apology if we came across desperate or ignorant. Just heart broken," Cowell tweeted on Tuesday.