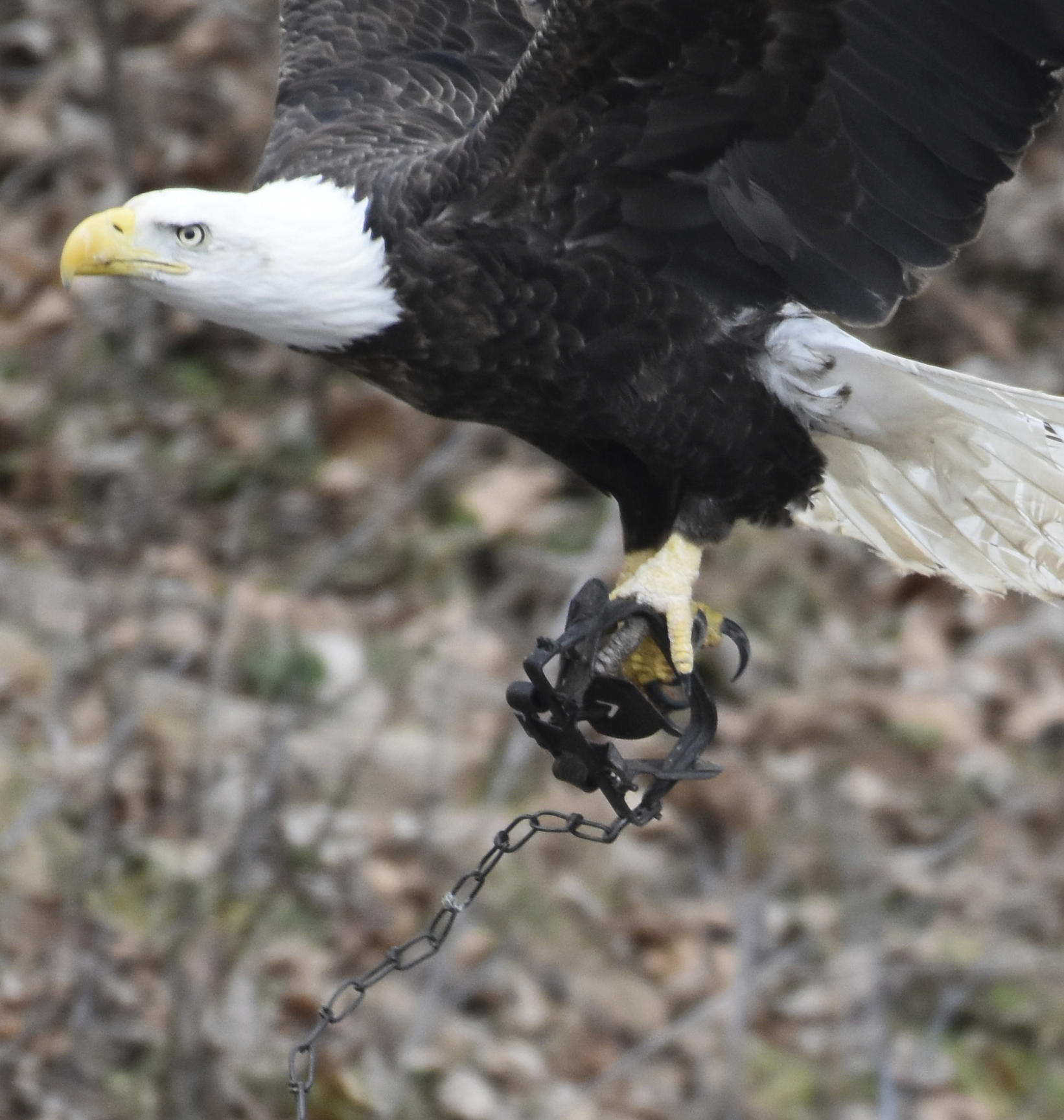 BONNEAUVILLE, Penn. -- Bird-welfare volunteers are trying to locate a bald eagle that was photographed in Pennsylvania with a leg-hold trap clamped to a talon.

Wildlife rehabilitator Wendy Ebersole Looker told The York Dispatch on Tuesday she will care for the injured raptor if it can be caught.

“There’s really not much the average person can do,” Looker said. “Obviously no one should try to handle the bird.”

The bird was photographed Sunday afternoon in Bonneauville, a town about five miles from Gettysburg in south-central Pennsylvania.

Looker said eagles need their talons to hunt, eat, perch and defend themselves. She told the newspaper that infection could be a problem.

The photographer, Susan Boardman, said she watched the eagle on the ground for about 10 minutes before seeing the leg trap, attached a long chain. She said the eagle appeared to struggle as it started to fly away.

“Without intervention, this eagle will probably die,” Boardman told The Associated Press in an email. “He can’t hunt or fly high enough to get out of harm’s way. It was heartbreaking to see him like this.”

The state Game Commission said leg-hold traps may not be set up out in the open, where bait would be visible from the air. Traps must be staked down and must identify the trapper by name. Setting traps illegally can result in criminal charges.