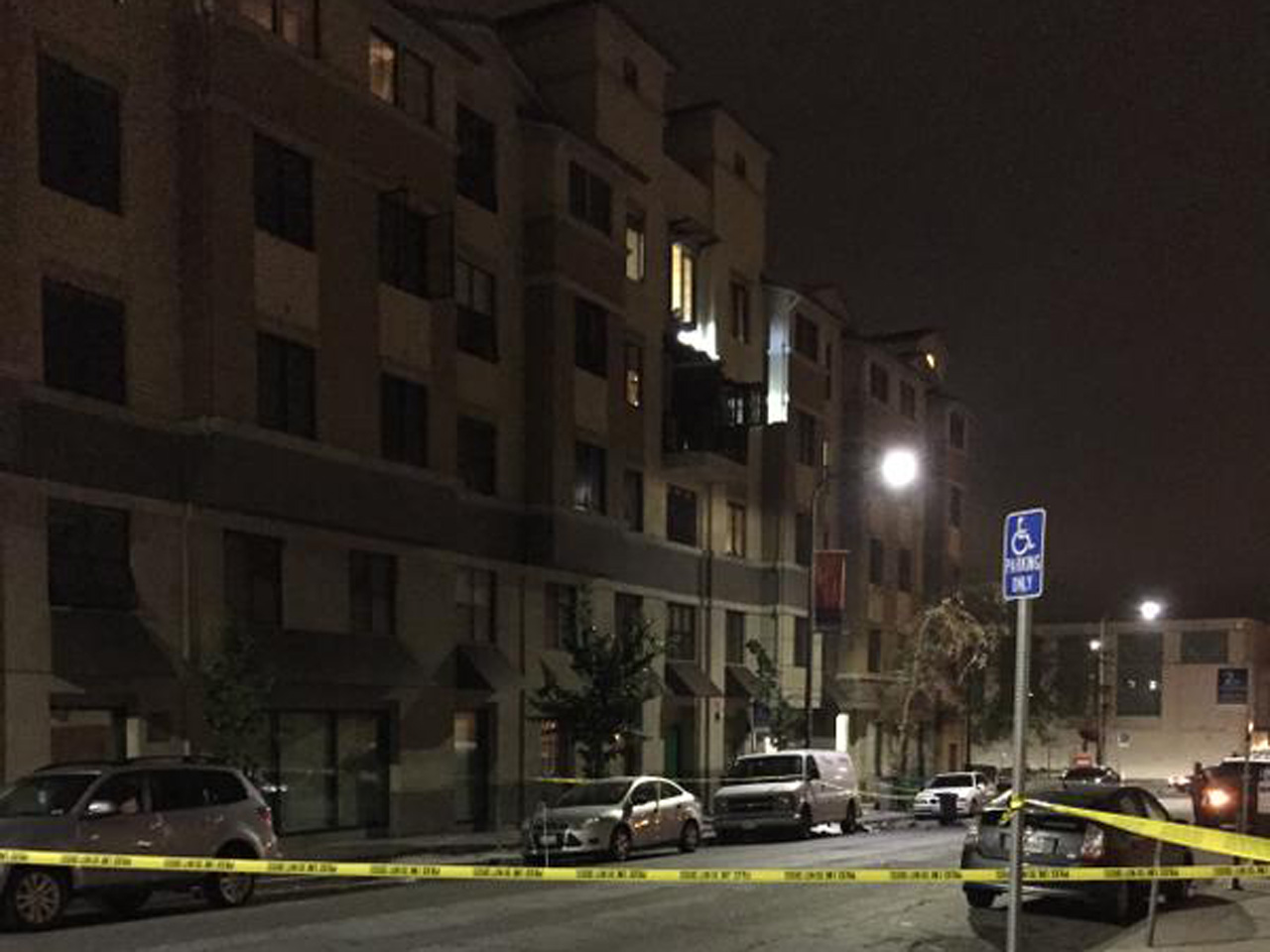 Irish Foreign Minister Charlie Flanagan told reporters in Dublin that at least five of the dead were students in the U.S. on temporary visas. A 21st birthday party was underway in the building in the university town of Berkeley at the time of the accident, he said.

Many of the wounded have critical, life-threatening injuries, said Officer Jennifer Coats, a Berkeley police spokeswoman.

At least 13 were on the balcony when it gave way, reports CBS San Francisco.

"It's a difficult scene," Coates said. "Unfortunately it's going to be a more difficult day for the family of the victims that were involved in this."

Police received a call about the incident shortly before 1 a.m. PDT Tuesday, and officers arrived to find that the balcony on the fourth floor of the building had disintegrated.

The balcony, estimated to have been 5 feet by 10 feet, separated completely from the building and landed on a lower balcony.

"What the first responders said is it was quite disturbing," said Officer Byron White, spokesman for the Berkeley Police Department. "Anytime you have a tragedy like this it's quite awful."

Two Irish students asleep in the building said they heard a bang during the accident.

"I walked out and I saw rubble on the street and a bunch of Irish students crying," said Mark Neville, who has been in the U.S. for three weeks under the J-1 visa program.

"I just heard a bang and a lot of shouting," added Dan Sullivan, 21.

Ireland's Department of Foreign Affairs said it was trying to contact families of the victims and could not give details of their identities.

The building in the heart of downtown Berkeley has apartments in the upper floors and retail shops at ground level. The walkable neighborhood just blocks from the University of California, Berkeley, is dotted with museums, restaurants, coffee shops and chain stores.

The Library Gardens apartments were built in 2006 and are a block from campus, the Los Angeles Times reported.

Irish President Michael D. Higgins said in a statement that he had "heard with the greatest sadness of the terrible loss of life of young Irish people and the critical injury of others in Berkeley, California today. My heart goes out to the families and loved ones of all those involved."

Coats said officers are still investigating and she doesn't have information on how the collapse occurred or what the people were doing on the structure at the time.

Police were working with fire officials and building inspectors to try to determine what caused the accident, Coats said.

She said she also didn't have information on the identities of the victims.

"We don't have a lot of specific detail at this point because they (investigators) are still trying to work through it all," she said in a telephone interview.

Flanagan said the Irish consul general in San Francisco would be providing assistance to those affected.