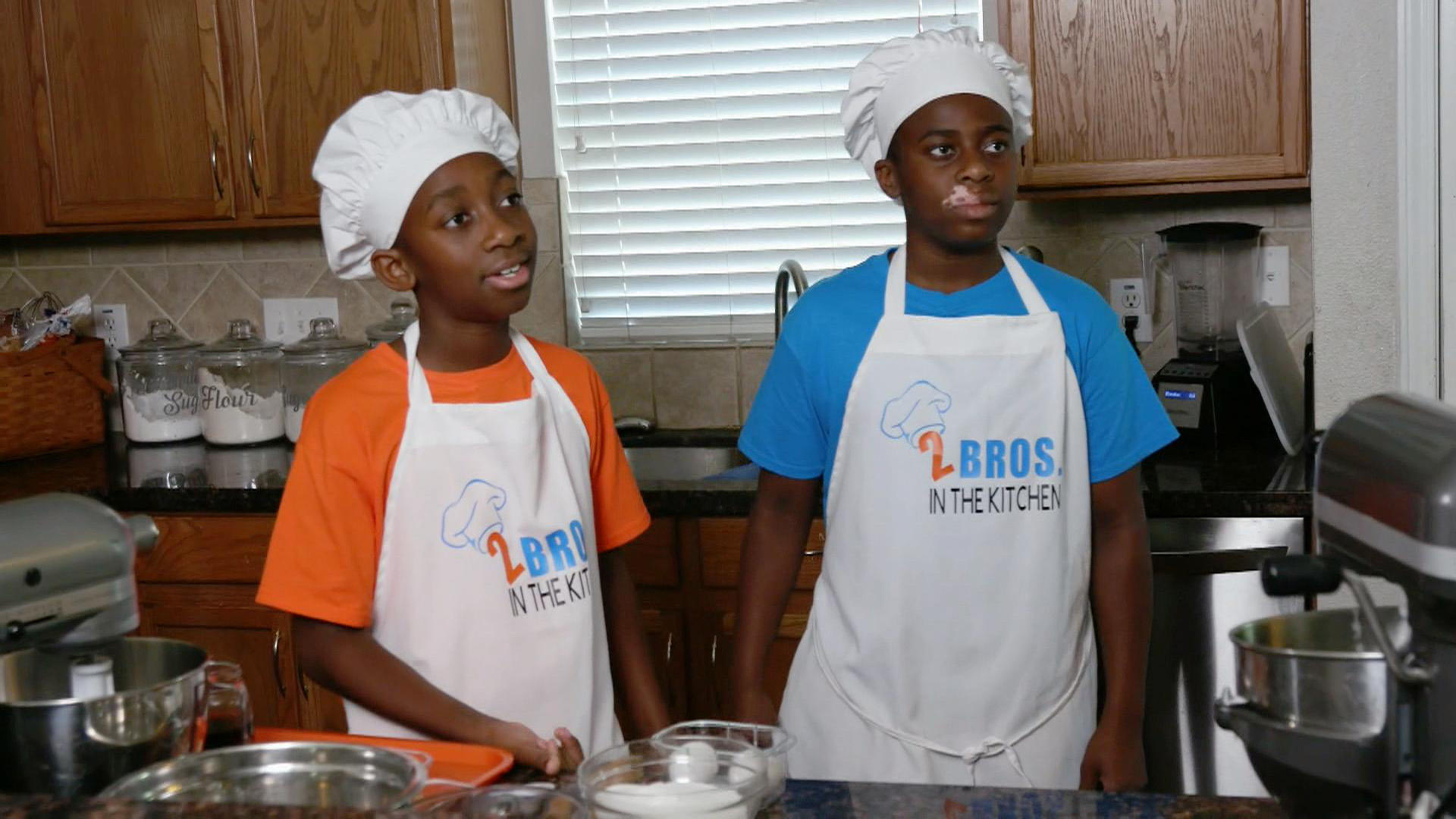 A small baking business is generating buzz outside Houston, thanks to the creative brothers behind the recipes. Nigel and Shane Mushambi are only 12 and 13 years old respectively. And they're getting attention not just for what they're whipping up, but also for how they're giving back.

The pair started a baking business called "2 Brothers in the Kitchen," a passion they've shared since they were toddlers. Many of their recipes come from their grandmother.

Their business is growing so fast, the formal dining room has been transformed into a prep kitchen to finish all the new orders. Using their love of science and math, they cook up delicious desserts.

"Oh, my science is really the math side," Shane said. "You have to calculate the surface area of your cake, or how much flour you roll out."

The baking brothers aren't just making cookies and cupcakes, they're whipping up professional looking pastries like a last-minute wedding cake. Did they feel pressure? Not according to Nigel.

"All I had to do was like bake six cakes and make icing and not play video games," Nigel said.

The sweetest part of their business is not what they pull out of the oven, but what they give back to others.

They've released a new book called "Beyond the Kitchen." And for every book sold, they're donating one dollar to charity.

So far, the Mushambi brothers have donated almost $2,000 dollars in baking profits, which includes their book donations, to various charities -- from buying school supplies for underprivileged kids, to prison ministries.

Shane, who has a skin condition called vitiligo, which causes loss of skin color, just recently helped out Dr. Alanna Bree at "A Children's House," a Houston non-profit that helps kids with skin conditions feel comfortable in their own skin.

"Well it touches my heart," Dr. Bree said. "I mean the fact that these boys are so selfless and so willing to make the world a better place, especially for their peers, other children that are suffering. I think it's just incredible."

The Mushambi brothers are saving money to upgrade their supplies, but they don't plan to cut back on their benevolent baking.