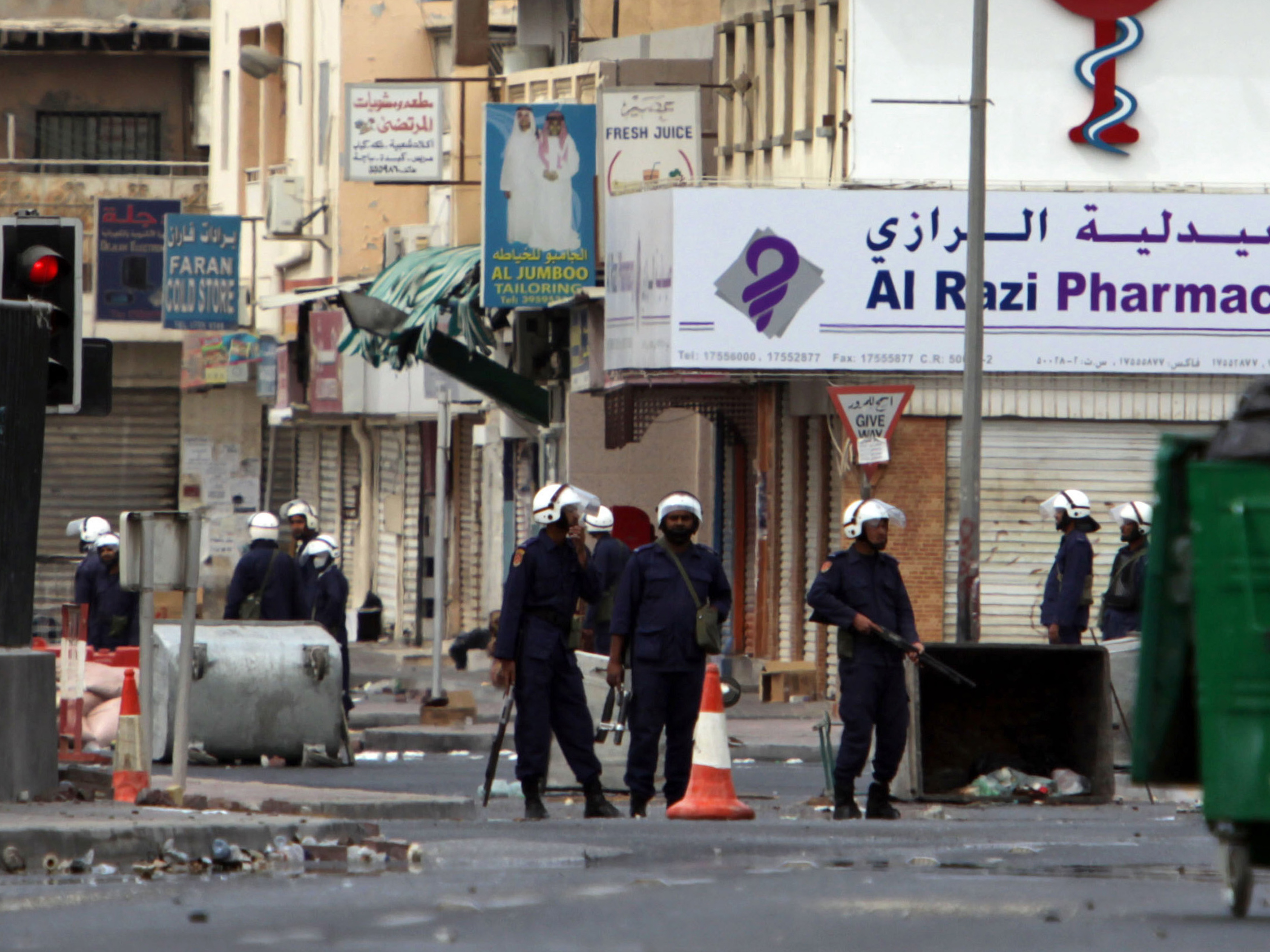 Riot police were firing tear gas and advancing toward the protesters. Vlahou and her BBC driver, a local Bahraini who was taking pictures - decided to leave the area. The riot police confronted them while they were in the car. The driver backed up and the riot police opened fire on the car.

"We were attacked by a wall of riot police," Vlahou said. "We thought they were going to fire tear gas at us. But they fired pellets at us."

"I had to fall to the ground in the driver's seat as the driver was driving to get out of there," Vlahou added.

The riot police began chasing them and continued shooting at the car. A helicopter was hovering above them for the entire time.

Vlahou said her driver believes that a helicopter above saw him filming, and "chased us and actually pursued us because they say him filming the scene." The neighborhood people were watching from their houses as Vlahou and the driver were being fired upon. One neighbor waved at them to come into the house. The local family ushered them into a prayer room in the back of the house where they remained there an hour.

Vlahou filed a report for CBS News Radio at that time.

"Outside right now there are loud chants going on. People, are defying the law - and at the same time telling the riot police they're not afraid," Vlahou said.

"But I have to tell you, they should be afraid. The riot police showed no mercy, they did not stop to ask us who we were. The just saw a camera and they started firing."

The police were searching the streets for the car and the people became anxious about hiding them. The riot police found the car and waited outside the house.

The riot police destroyed the car: slashed the tires, rammed it, smashed windows and took all identification and equipment in the car. Vlahou contacted the American Embassy and CBS. After several calls, American Embassy contacted the Bahraini security police, and the commander of the riot police and explained the situation and asked them to call off the police. After about 20 minutes the police left the house.

A colleague from the AP took a taxi to the house and picked them up. Vlahou is currently safely back at her hotel.