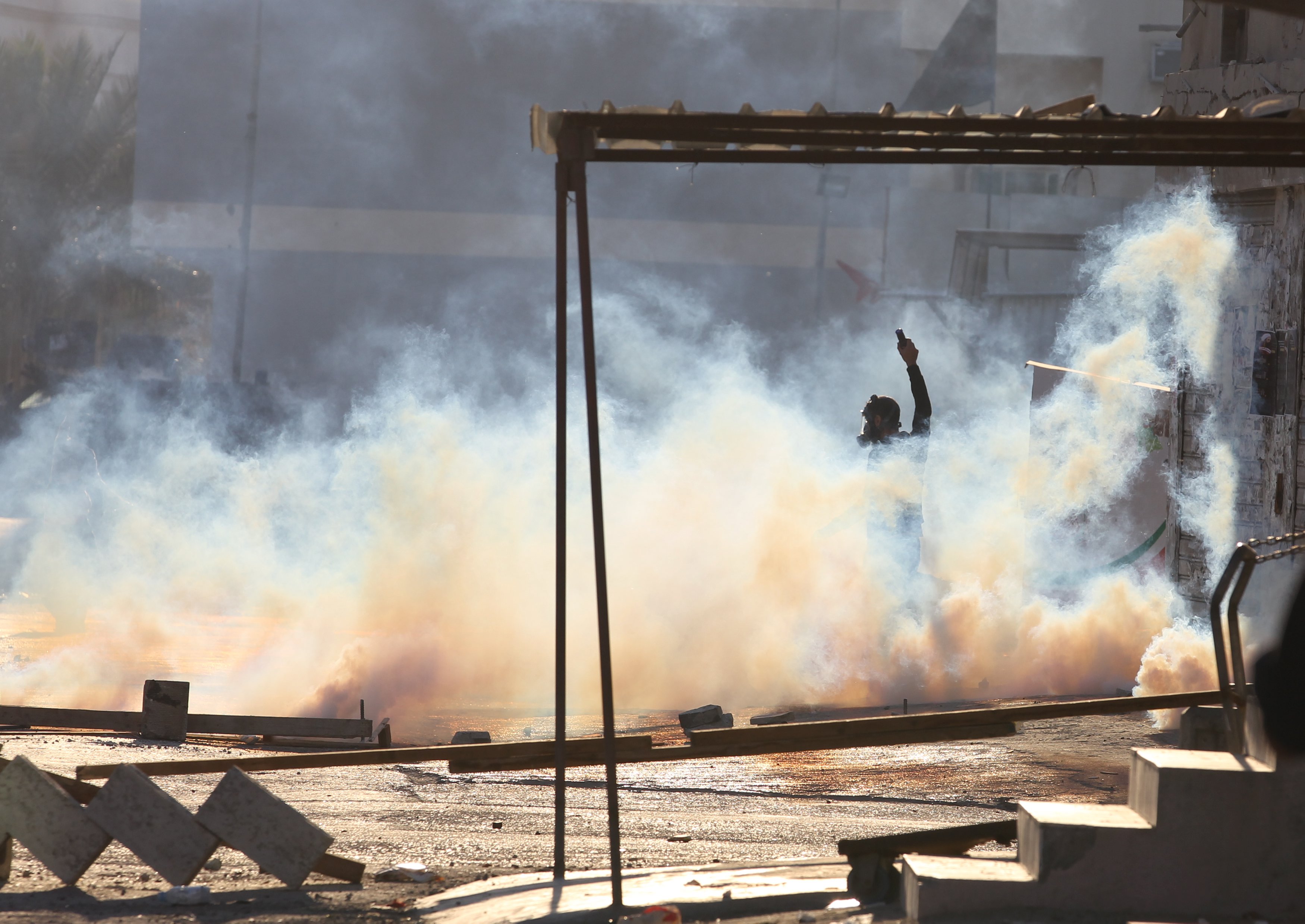 DUBAI, United Arab Emirates - Bahrain has arrested four American journalists covering the anniversary of its 2011 uprising amid a long crackdown on dissent in the tiny Gulf nation, witnesses said Monday.

Police said they detained four Americans for providing "false information that they were tourists," while also alleging one took part in an attack on its officers. The U.S. Embassy in Manama said it was "aware of the arrest of four U.S. citizens in Bahrain" on Sunday but that it could not discuss the case due to privacy concerns.

Police said one of the journalists was a woman and three were men. Witnesses identified the woman as Anna Therese Day, an American freelance journalist who had contributed previously to The Huffington Post.

In a statement, The Post told The Associated Press that Day, who had blogged on the website and appeared on its HuffPost Live program, was not on assignment for the outlet at the time of her arrest.

"The safety of journalists is of utmost importance to The Huffington Post and we have security measures in place for our reporters around the world," the statement read. "Anna Day is not employed or contracted by The Huffington Post."

Photographs of the reporters working in Sitra, a largely Shiite community south of the capital that has seen repeated protests, circulated on social media, including one image of Day being filmed while speaking to a masked protester.

On Sunday, police arrested a photographer working with the group, the two witnesses said. Later that night, police surrounded the area with checkpoints and arrested the other three, they said. The witnesses spoke to the AP on condition of anonymity for fear of being arrested.

An Interior Ministry statement alleged one of the four journalists "was wearing a mask and participating in attacks on police alongside other rioters in Sitra." The statement also said the journalists entered the country between Thursday and Friday on tourist visas.

"At least some of the arrestees were in the country as members of the international media but had not registered with the concerned authority and were involved in illegal activities," the statement said, without elaborating on what those activities were.

Bahrain requires international journalists to obtain special media visas before entering to work. The island kingdom allows citizens of many countries, including the U.S., to get a tourist visa on arrival. Obtaining a media visa takes several days, and activists say Bahrain has denied media visas for some journalists since the 2011 protests.

A statement on the state-run Bahrain News Agency said the journalists had "been afforded full legal rights in line with the kingdom's procedures and constitution while investigations continue."

Bahraini officials did not respond to questions from the AP about the arrests.

The 2011 protests in Bahrain, which is home to the U.S. Navy's 5th Fleet, were the largest of the Arab Spring wave of demonstrations to rock the Gulf Arab states. They were driven by the country's Shiite majority, who demanded greater political rights from the Sunni-led monarchy.

The protests were quashed after Saudi Arabia and the United Arab Emirates sent in reinforcements. Bahrain blamed regional Shiite power Iran for stirring up the demonstrations, though a government-sponsored investigation into the unrest said there wasn't a "discernable link" between the protests and the Islamic Republic based on the information the government gave them.

Bahrain's government committed to a number of reforms in the wake of the 2011 demonstrations, but low-level unrest continues, particularly in Shiite communities. Small groups of activists frequently clash with riot police and bombs occasionally target security forces. Hundreds of Bahraini youths protested Sunday on the fifth anniversary of the uprising.

American pro among skiers killed by avalanche in Japan
Thanks for reading CBS NEWS.
Create your free account or log in
for more features.
View CBS News In
CBS News App Open
Chrome Safari Continue
Be the first to know
Get browser notifications for breaking news, live events, and exclusive reporting.