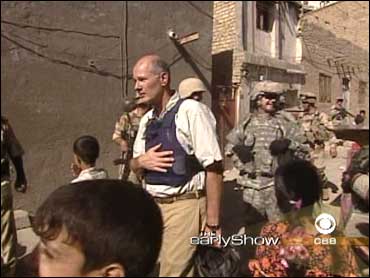 One of the most maligned groups in Iraq has been that nation's army, which The Early Show co-anchor Harry Smith says was "just this ragtag organization" for years.

Smith, who's in Baghdad, says it took a long time for the army to get up to speed and really gain some effectiveness.

But Smith saw it in action here in one particular neighborhood in Baghdad, and says it is getting the job done.

Until about six months ago, the Haifa street area of the capital was one of its most notorious neighborhoods, dangerous for locals, and for U.S. troops.

But now, under the control of the Iraqi army and Gen. Jaleel Khalaff, the Haifa Street sector is reasonably safe.

Actually, make that rapturously safe, according to a local mahdi, or mother, who told Smith through an interpreter, "Thank god, thank god. We good. We good. Good from god. We sleep. We relax. Before, it was boom, boom, boom. No more. Thank god. Thank god. Everybody free now."

One resident says unemployment is running at 75 percent. Some days, he says, you can find work, some days, you can't.

The neighborhood, says Smith, is poor, but tight-knit. There is plenty of intermarriage between Sunni and Shia.

"They say: 'We are all one here,' " Smith reports. "They are also united in their fear of and hatred for the police. The cops are viewed as little more than a front for hit squads and militias. That's why, when the general comes around, everybody's smiling, including the local sheik, who didn't surprise us when we asked him his biggest concern."

And while the school kids told Smith things are better, with fewer guns on the streets, a local housewife said there's a long way to go.

She said through an interpreter, "We need security, for our kids and husbands and families. It's only security we're asking for." 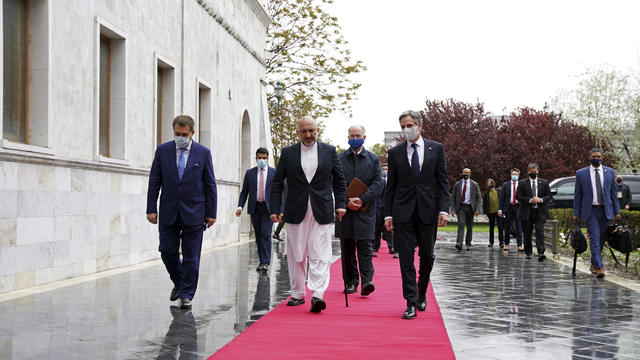