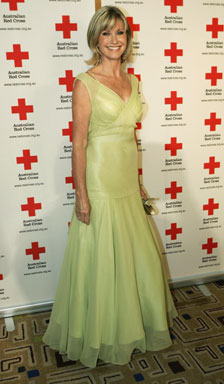 Minnesota's Dennis Green is expected to be fired even before the team's final game, a source close to the coach said Friday.

The source, who spoke on condition of anonymity, said the Vikings were working out details of the termination with Green's agent, Raymond Anderson. Green is owed about $5 million for the 2002 and 2003 seasons.

ESPN reported Friday that Green had already reached a buyout agreement on his contract, and CNN/SI said the Vikings were expected to announce the firing before the end of the day. Both quoted unidentified sources.

The Vikings have been struggling through a 5-10 season that also began with the death of offensive tackle Korey Stringer. In addition, star receiver Randy Moss has been inconsistent and acknowledged, "I play when I feel like it."

On Dec. 11, Red McCombs gave Green a vote of confidence. Asked then if he could say Green will be the Vikings' coach next season, McCombs replied: "Yeah. Absolutely."

When Green was hired 10 years ago, he was only the second black NFL coach of the modern era. Art Shell, hired by the Raiders in 1988, was the first.

Earlier Friday, Green told Minneapolis radio station WCCO that the media attention given the firing report was disappointing and said he was preparing as usual for Monday's game with Baltimore.

"I have not talked with Red at all about anything other than, you know, the game that's taking place," Green said.

In its initial report on Green on Thursday, ESPN said Tampa Bay coach Tony Dungy would be a leading candidate to take over the Vikings. The AP source, however, said Dungy would be unlikely to want the job.

McCombs didn't return calls from the AP, and telephone calls to Anderson were not put through to him by his secretary.

This will be the first losing season in Green's 10-year tenure and the Vikings are out of the playoffs for the first time since 1995.

Green and Pittsburgh's Bill Cowher are the NFL coaches with the longest tenure with the same team, both beginning in 1992.

Since that year, the Vikings are 97-62 under Green and have reached two NFC championship games.

Last year, however, they lost 41-0 to the New York Giants, and Green was roundly blamed for the defeat.

Last year, McCombs signed Green to a two-year contract extension, with an option for a third season that guarantees him about $5 million for the 2002 and 2003 seasons.

Green has been under pressure before. In 1996, after the Vikings sustained their fourth straight first-round playoff loss under Green, many fans wanted him replaced.

The following year, the Vikings rallied in the second half to upset the New York Giants in a first-round playoff game and had made it past the first round each year since.

"Reports of Denny Green's death have been premature for years," said Baltimore Ravens coach Brian Billick, who coached with Green for 10 season at Stanford and with the Vikings.

"They've been reported time and again," he said. "This very scenario has ben played out at least a dozen times. I'm not going to concern myself with it. We're going to have a hell of a game Monday."

By DAVE GOLDBERG
©MMIII The Associated Press. All Rights Reserved. This material may not be published, broadcast, rewritten, or redistributed