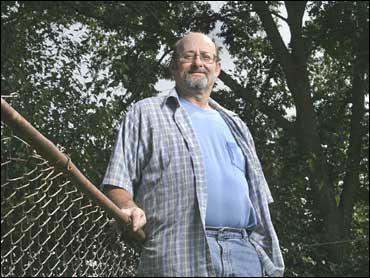 Michael Brooks is exactly the kind of voter the Republican Party can ill afford to lose. But in a foreboding omen for 2008, it may have already done just that.

The auto parts store worker from St. Charles, Mo., says he used to be a Republican but felt abandoned and is now an independent.

"For some reason or other, they didn't seem to be for the masses anymore," said Brooks, 59, citing a lack of help for middle-income earners. He said he voted for George W. Bush in 2000, thinking the Republican was "more middle of the road, for the people. Obviously I was incorrect."

Brooks is not alone. From coast to coast, independent voters tilt tellingly toward Democrats in their opposition to the Iraq war, their displeasure with Bush and their feeling that the country is moving in the wrong direction, according to data from recent Associated Press-Ipsos polls.

That could be decisive in next year's contests for the White House and Congress, starting with the crucial early presidential primaries in New Hampshire.

The portion of that state's registered voters not enrolled in a political party has grown to 44 percent. While people can vote in either major party's primary, more are expected to choose the Democratic contest. That potentially would boost antiestablishment candidate Sen. Barack Obama, D-Ill., while leaving the GOP race more in the hands of the party's traditional conservative voters.

National exit polls show that after leaning toward Republicans by 48 percent to 45 percent as recently as the 2002 elections, independents began shifting toward Democrats.

The trickle became a wave by the 2006 congressional elections. Dissatisfaction with President Bush and the Iraq war ran high, and independents favored Democratic candidates over Republicans by 57 percent to 39 percent. That was instrumental in the Democrats' capture of congressional control after a dozen years of GOP dominance - and a possible preview of what might emerge next year.

"This is a serious problem" for Republicans, says GOP pollster Neil Newhouse. "We didn't get where we are among independents overnight. The data does suggest that it's going to take us some time to earn those votes back. There is no quick fix."

Independents are hardly a monolithic bloc. Some do not follow politics at all; others watch closely and conclude that neither party is good at running the government. They also are less likely to vote than those registered with a party, yet they are substantial in number.

In AP-Ipsos polling this summer, 44 percent of those surveyed said initially they had no major party affiliation. When pressed, most said they generally back one particular party, usually Democrats. That left 17 percent as true independents, more than enough to tilt the balance in the presidential and many congressional races.

Among these independents, only about three in 10 approved of the job President Bush is doing overall and on many domestic issues. About one-quarter backed his Iraq policy and said the country is heading in the right direction. That is closer to the meager support Bush gets from Democrats than to the solid majority backing Republicans usually give him.

"I just don't like the way Republicans are going," said Jim Hacker, 54, a train engineer from Boone, Iowa, who calls himself an independent and leans toward Democrats. "We can start with the Iraq war. I'm all against terrorists, but the terrorists didn't come from Iraq."

Independents are not a lock for Democrats. The two major parties are each viewed favorably by only about one-fifth of independents, according to a recent NBC News-Wall Street Journal poll. The survey also found that 42 percent of them have an unfavorable view of the leading Democratic presidential contender, Sen. Hillary Rodham Clinton, D-N.Y. - the highest among each parties' major hopefuls.

"I don't trust either political party," said Natalie Frank, 64, an independent and homemaker from Crystal, Minn. "They're more for the big dollar than the individual person."

Even so, analysts from both parties say independents often vote against a candidate or for one they consider the lesser of two evils. As long as the war continues without major troop reductions, Democrats say they are bullish, for now, about their 2008 prospects.

"Independents are kind of like a weather vane, and the wind is the political environment," said Democratic pollster John Anzalone. "That wind has been going our way for 18 months or two years now, but you just never know when the front will change that."

Republicans say their eventual nominee could change the dynamic by focusing the campaign on the future, not the Bush administration's performance.

The data is from three AP-Ipsos polls conducted in July, August and September. Those surveys involved telephone interviews with 3,007 adults and have a combined margin of sampling error of plus or minus 2 percentage points. Included were interviews with 499 true independents, for whom the margin of sampling error was plus or minus 4.5 percentage points.