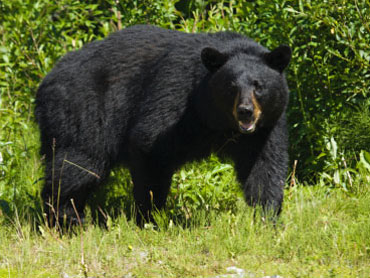 (iStockphoto)
ALLENTOWN, Pa. (CBS/AP) Kelly Ann Walz of Ross Township, Pa. was killed by a captive 350-pound black bear as she cleaned its cage Sunday night, officials said Monday as they revealed her husband, an exotic pet dealer, was operating with an expired license.

Walz, 37, was pronounced dead at the scene, according to Tim Conway, an information and education supervisor with the Pennsylvania Game Commission.

Michael Walz's license to keep and sell exotic animals expired in June of 2008, Conway said. He called the lapse a technicality.

Walz, who has been licensed since 1994, reported to authorities in 2007 that he kept a lion, cougar, jaguar, tiger, black bear, leopard and two servals on the property in Ross Township, a rural area in the Poconos Mountains, about 20 miles northeast of Allentown.

Kelly Ann Walz went into the bear's 15-by-15-foot steel and concrete cage about 5 p.m. Sunday, throwing a shovelful of dog food to one side to distract the bear while she cleaned the other side, Conway said. At some point the bear turned on her and attacked.

"Why this woman chose to go in the same area that the bear was in is beyond me. It's a fatal mistake," he said. "These things are not tame animals, they're wild animals."

Owners of wild animals typically have a two-section cage, allowing them to isolate the animal behind a locked gate while they clean the other part, Conway said.

Michael Walz is listed in state corporation records as the president of World of Reptiles Inc. The business was created in 1988.

A phone listing for Walz could not immediately be located.