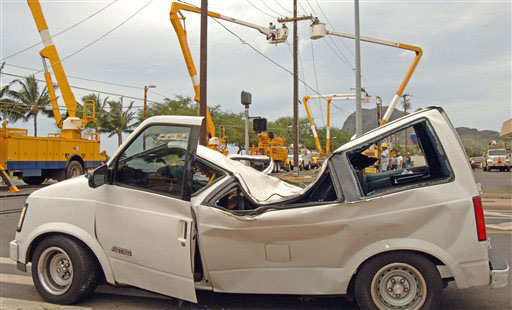 The long, steady decline in teen smoking in the U.S. since the late 1990s appears to have come to a standstill, health officials said Friday.

A survey released this week showed that smoking among high school students held steady at around one in four teenagers between 2003 and 2005. Two other surveys in the past year or so found that teen smoking has apparently plateaued since 2002.

"We were making good progress, and now it looks like we're not," said Dr. Corinne Husten, acting director of the Office on Smoking and Health at the Centers for Disease Control and Prevention.

The trend was outlined in the CDC's National Youth Risk Behavior Survey, which is conducted every other year and involves about 14,000 high school students across the country. The results of the latest survey were released Thursday.

But when students were asked the question last spring, 23 percent said they had smoked. The increase from the 2003 survey was not considered statistically significant, but it was disturbing news, health advocates said.

"The fact that youth smoking rates are not declining anymore is a wake-up call," said Vince Willmore, a spokesman for the Campaign for Tobacco-Free Kids.

A CDC survey released in April 2005 showed tobacco use in high school and middle school remained unchanged between 2002 and 2004. And a University of Michigan survey released in December found smoking had leveled off among eighth-graders.

"This is the third survey giving us this same pattern," Husten said.

Youth smoking rates were on a steady increase in the early 1990s, until a combination of events caused them to start plummeting, said Thomas Glynn of the American Cancer Society.

First, a settlement between states and the tobacco industry limited cigarette advertising and provided billions for anti-smoking campaigns. States also devoted money to tobacco control and prevention activities. And many raised cigarette taxes.

But funding has waned for anti-smoking advertising, and many states have shifted money to other uses, Willmore said. Meanwhile, tobacco companies have spent billions of dollars on price discounts for cigarettes, he said.

The latest CDC survey indicated slight declines in the percentages of high school students who were heavy smokers, had ever tried smoking, or had smoked on school property. But CDC officials discounted those differences, saying the changes were too small to be statistically significant.

But the number of youngsters who say they have had a cigarette in the last 30 days is considered the most accepted measure of what is going on.
MIKE STOBBE