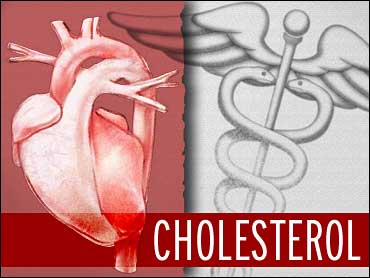 A new study offers an answer to doctors' long-running debate over how far heart patients should lower their bad LDL cholesterol: As low as possible.

"There is no such thing as too low an LDL. That's what the data seem to show," said Dr. Steven Nissen of the Cleveland Clinic. He presented the results Wednesday at a meeting of the American Heart Association in Orlando.

He conducted the first head-to-head comparison of popular statin drugs. The results suggest that lowering cholesterol more aggressively than the current national guidelines recommend can completely stop dangerous clogging of the arteries.

Nevertheless, other experts caution that it is too soon to rewrite federal guidelines, although that may be in the offing as several new studies tackle this issue in the next few years.

The latest study compared two statin pills, Lipitor and Pravachol. It found that Lipitor did a considerably better job of both lowering cholesterol and controlling the insidious buildup of gunk inside the arteries when given to people with serious heart disease.

Exactly why, though, is unclear. The benefit could not be totally explained by the lower cholesterol levels. Researchers wondered if some other property of Lipitor, such as its stronger effect on inflammation, accounted for its more potent effects.

The study was sponsored by Lipitor's maker, Pfizer. Another similar but larger study is nearing completion, sponsored by Bristol-Myers Squibb, which makes Pravachol.

Guidelines recommend getting LDL, the bad cholesterol, down to 100. But many have wondered whether lower is better. The latest study lowered that target to 80 and found the more rigorous treatment seemed to stop artery clogging in its tracks.

The study involved 654 adults with LDL over 125 who had symptoms of coronary disease. They were randomly assigned to get either 40 milligrams of Pravachol or 80 milligrams of Lipitor, the top doses available of the two drugs. At the time the study began in 1999, Lipitor was considered to be the most powerful statin on the market.

The doctors used highly sensitive intravascular ultrasound to watch what happened to the buildup, known as plaque, in volunteers' heart arteries. After 18 months of typical follow-up, average LDL was 110 in the Pravachol patients and 79 in those on Lipitor.

The volume of plaque in their arteries increased almost 3 percent in the Pravachol patients, while it actually regressed a fraction of 1 percent in those on Lipitor. However, the shrinkage was too small to be statistically meaningful.

Even when people on Pravachol reached the same LDL levels as those on Lipitor, their plaque buildup was worse. Nissen speculated that Lipitor's especially powerful effect on inflammation of the blood vessels could be the reason.

In this study, Lipitor lowered this inflammation, as measured by a substance called C-reactive protein, by 36 percent, while Pravachol reduced it by 5 percent.

"I think Pravachol is a good drug," Nissen said. "I just think it's not the best drug. I do respect that all statins work. But there are differences across the class."

Julie Keenan, a spokeswoman for Bristol-Myers Squibb, noted that the study did not measure actual heart complications, such as heart attacks and death, and earlier studies have shown that Pravachol reduces the risk of both.

Dr. Christopher Cannon of Boston's Brigham and Women's Hospital is directing Bristol-Myers Squibb's comparison of the two drugs and said that study will judge which one does a better job of keeping people alive and healthy.

He said Nissen's finding that Lipitor is more effective at blocking plaque is "fascinating," but he asked, "Is it important?"

"We are not treating the people who need it, period, to even moderate LDL levels," Gibbons said. "We are not getting them to even 110. This study suggests we need to go to a new level."

Guidelines from the National Institute of Health's National Cholesterol Education Program, last revised two years ago, set LDL under 100 as the target for treatment in people with heart disease.