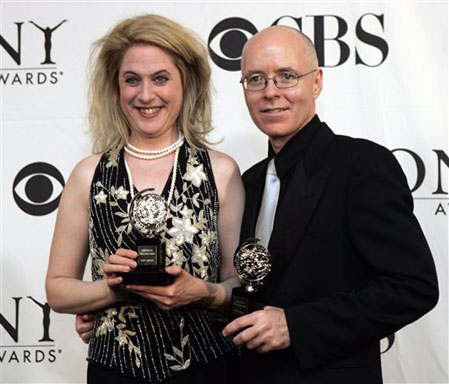 Kenyon Martin is finished for the season. Top-ranked Cincinnati might be as well.

Martin broke his right leg three minutes into Cincinnati's Conference USA quarterfinal against Saint Louis on Thursday, and the disheartened Bearcats stumbled to a shocking 68-58 loss.

In losing perhaps the best player in the country, it is unlikely Cincinnati will receive a No. 1 seed when the NCAA tournament bracket is determined Sunday.

"We're going to have to change some things certainly, and probably the first thing that's got to change is we actually got to try to make a shot once in a while," Bearcats coach Bob Huggins said after the loss to ninth-seeded Saint Louis.

"When everyone out there is running around in the wrong spot, he always put them in the right spot. We're going to miss that.

"I don't want to say more than we miss him playing because he's a great, great player. But we'll miss just his leadership from the standpoint of getting those other guys wherever they're supposed to be."

The 6-foot-9, 240-pound Martin was setting a pick when he got tangled up with Saint Louis' Justin Love. Martin's ankle turned underneath him as he fell, tearing several ligaments and then breaking his fibula..

Martin said he had no control as he fell and that he could feel the twisting and heard a pop. Dr. Angelo J. Colosimo called it a freak injury for a basketball player, something that usually happens to a football player when a foot gets stuck in the turf.

The doctor said Martin should recover fully, but will need two to four months before he can run again.

"I'll continue to support my teammates," Martin said. "I've been here since day one. I just can't suit up."

Martin was taken by ambulance to an orthopedic clinic, where doctors put a cast on his leg. He will need surgery, which will take place in Cincinnati.

He returned to The Pyramid midway through the second half with his teammates trailing and drew a standing ovation. But his presence wasn't enough to boost Cincinnati, which wound up with its earliest exit in recent history. The Bearcats had won six of their last eight tournament titles, counting both Conference USA and the defunct Great Midwest Conference.

Even without Martin, Cincinnati (28-3) still had a chance to put away a team it routed twice in the regular season, including 84-41 last weekend.

But Love scored 25 points as Saint Louis (17-13) outshot and outrebounded the Bearcats, who had trouble even finding the basket for much of the second half. The victory puts the Billikens into the semifinals for the first time as members of Conference USA. They will play either Tulane or Houston on Friday.

"It was a great win," Saint Louis coach Lorenzo Romar said. "We'll be excited. We'll talk about this for years to come. But it's very sad to see the best player in college basketball go down the way he went down."

The Bearcats then went cold and didn't hit a shot from the floor for a nearly 10 minute stretch until Mickeal's basket with 1:16 remaining. Cincinnati could have taken the lead but went 6-of-13 at the free-throw line in that time.