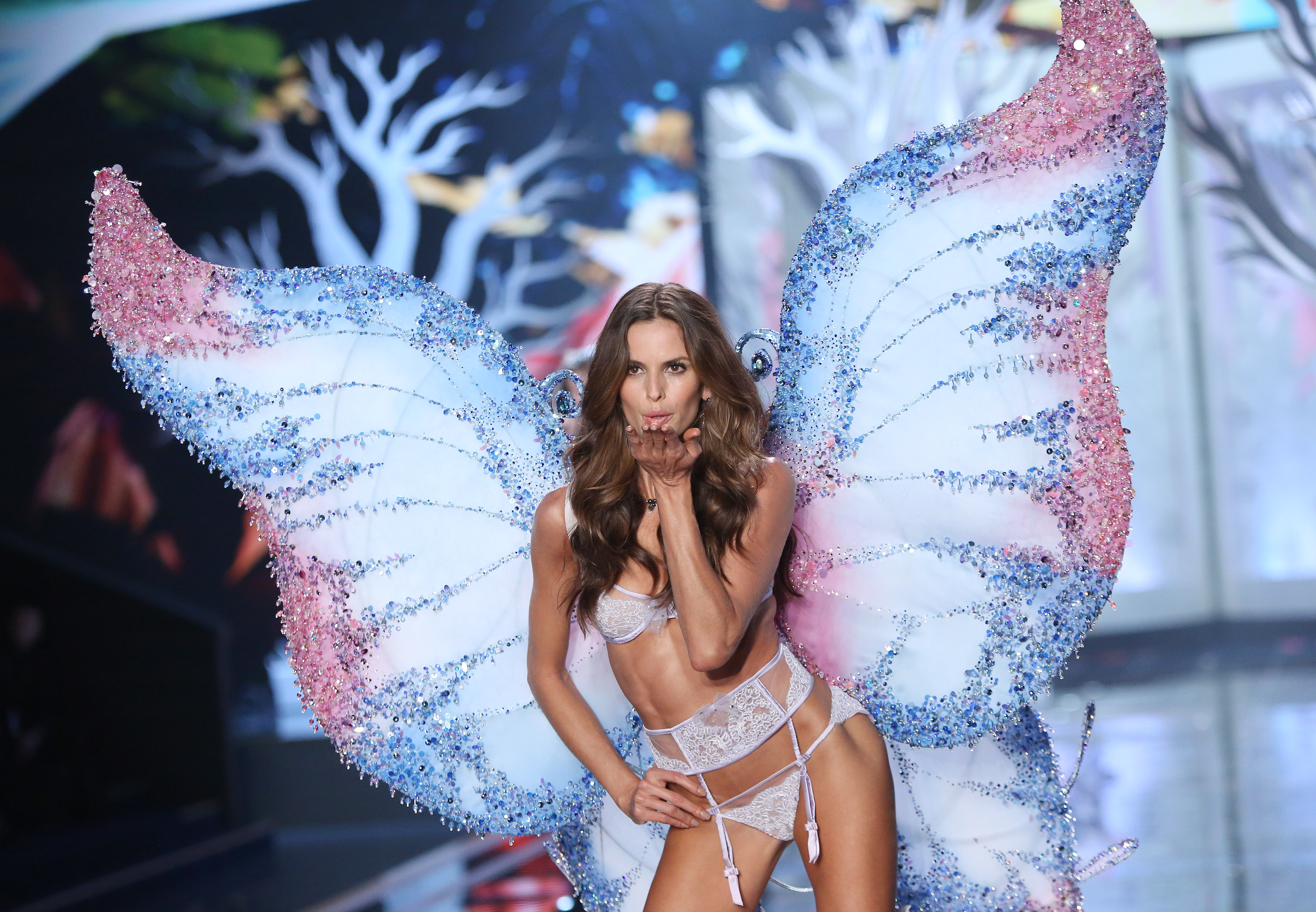 Some of America's most beautiful women woke up this morning in London. They made history at Tuesday night's Victoria's Secret Fashion Show. Millions watch it on TV each year. CBS will air the special next Tuesday night.

Forty-seven supermodels and a music superstar converge for what might easily be considered the "Super Bowl of fashion."

"I don't want to compare to an athlete. But you really are training so hard," model Lily Aldridge told "Entertainment Tonight" co-host Kevin Frazier.

Her fellow angel Alessandria Ambrosio said she prepares for the fashion show by working out and getting "a little spray tan" if she can.

It's all for the Victoria's Secret Fashion Show -- held this year in London, for the first time -- which meant flying a plane full of Angels across the Atlantic.

"It's like being part of a circus," model Karly Kloss said. "It's not a runway show; it's so much more than that. And a little terrifying if you actually think about all the eyes that are on you."

The Victoria's Secret Fashion Show debuted back in 1995. It was originally a marketing tool with little fanfare. But over the past two decades, it's grown into an increasingly extravagant event.

This year's fantasy bras were custom made for veteran angels Ambrosio and Adriana Lima. Lima explained to be fitted for the jeweled bra, a body mold was created.

Wondering how much the bejeweled bras are worth? Well, the "cups" runneth over -- a cool $2 million apiece.

Czuchry joins "CBS This Morning" to talk about the show and his relationship with fans
Thanks for reading CBS NEWS.
Create your free account or log in
for more features.
View CBS News In
CBS News App Open
Chrome Safari Continue
Be the first to know
Get browser notifications for breaking news, live events, and exclusive reporting.