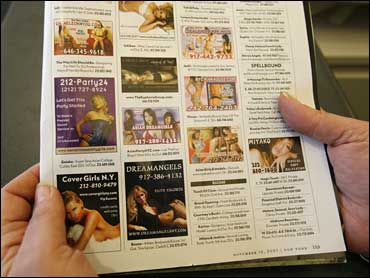 Speaking at a Senate hearing, clergy members, law enforcement, and Seattle Mayor Mike McGinn condemned Backpage.com, an online clearinghouse with a robust adult escort section, for not adequately attempting to verify the age of those listed in the ads on its site.

Backpage.com has been the nation's leading source of online sex escort ads since Craigslist.org shuttered its adult services section in September 2010.

"They ran a front-page cover story attempting to minimize the nature of the problem, saying it was exaggerated," said McGinn, referring to a piece published in all but one of the company's papers last June. "They were also trying to obscure the fact that online advertising is an accelerant" of child sex-trafficking.

In response to the story, McGinn met with Village Voice Media executives, asking them to require ID before publishing sex-related ads. Backpage.com declined to do so, noting it works with various law enforcement agencies in weeding out suspected cases of child sex trafficking. In response, the city pulled all advertising from Seattle Weekly. Unlike Backpage.com, Seattle Weekly does require an in-person ID check for sex-related ads in its print edition.

In August, a letter signed by more than 40 state attorneys general and sent to Backpage.com called the site a "hub" for human trafficking.

Sen. Jeanne Kohl-Welles, D-Seattle, said she is encouraged by the support her colleagues have shown for the bill, though it may need some tweaking.

"We'll see if we need to make a few changes," she said. "We're trying to put it in the best language we can" to undermine the court challenges it would likely generate.