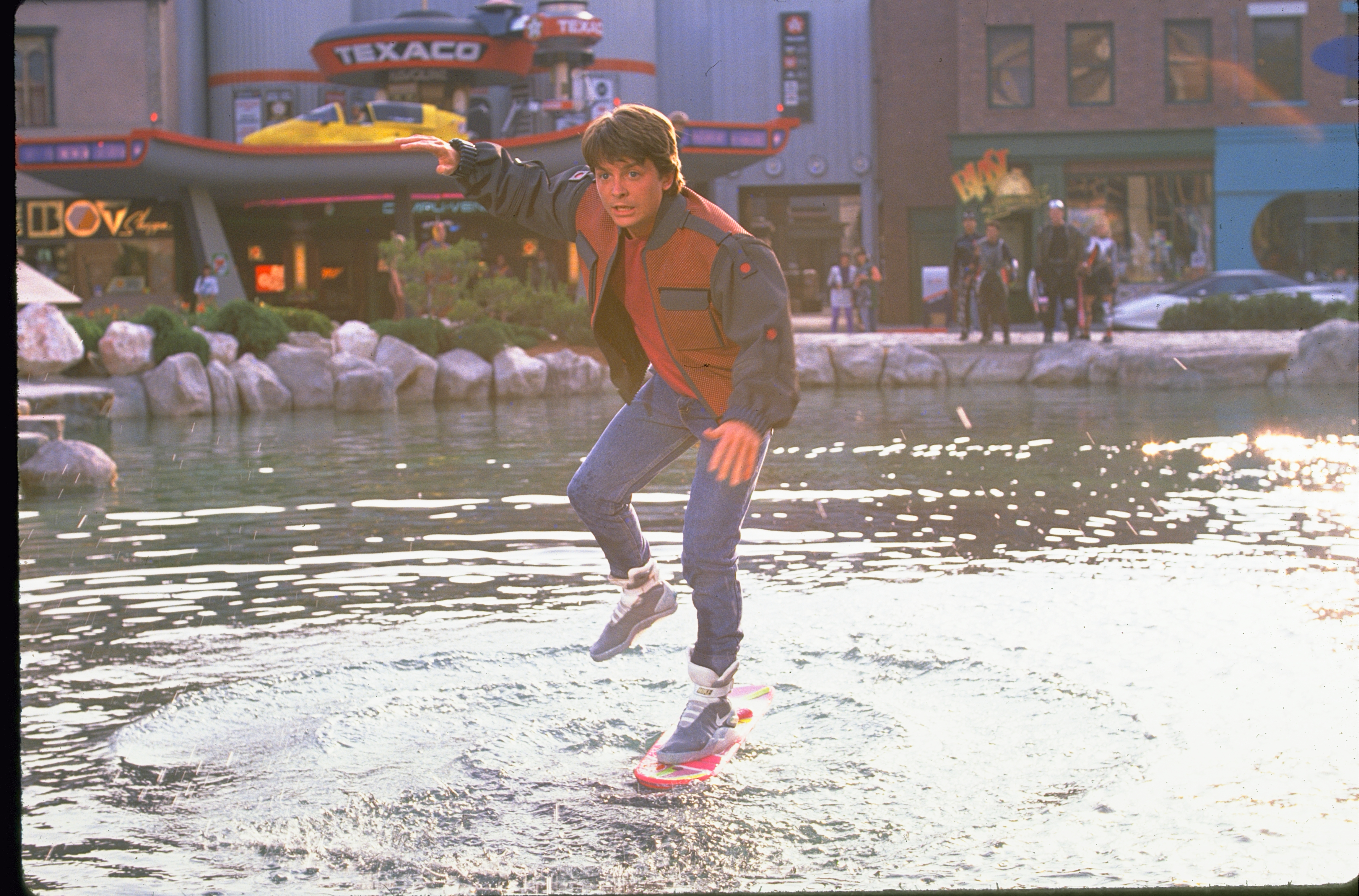 After his wedding day and the day his daughter was born, October 21st, 2015 has always been the most important day on Bob Gale's calendar. What else would you expect from the writer and producer of the Back to the Future movies?

"Forever and ever it will be known as 'Back to the Future' Day. How great is that," said Gale.

The trilogy traveled the past, present, and future in a DeLorean. And the day Michael J. Fox's Marty McFly visited the future -- October 21st, 2015 -- has finally arrived.

Some things Gale and his team got right, like phone glasses that look similar to Google glasses, and video chatting on a flat screen TV that resembles Skype.

Gale says the coolest thing they predicted is the hoverboard. "The hoverboard thing was a total flight of fancy. Every kid wanted one and now we've got Arx Pax in Los Gatos, [California]. They have a magnetic hover board."

On the other hand, there's not a smart phone in sight in the movies, but fax machines are everywhere. "We blew that," said Gale about the fax machines. "They were getting so ubiquitous when we wrote it."

While there's no "Jaws 19" or a Black and Decker Hydrator today, Gale predicted something no one outside Chicago would have: the Cubs would make it to the World Series. The dream of getting that prediction right is still alive.

Three decades ago, Bob Gale took a stab at the future for all to see.

"One of the things that gave us permission to just let our minds go wild was [knowing] we're gonna get this wrong, because nobody ever gets it right."

Now with the future officially upon us, his vision made a movie that's positively timeless.