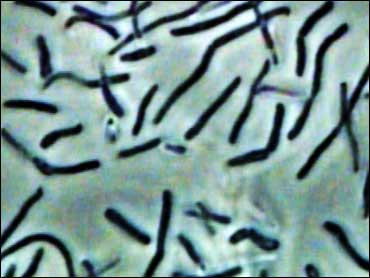 American children miss 22 million days of school each year due to colds, flu and other infections, experts say.

But that statistic should come as no surprise to the nation's teachers: In a new survey, seven out of 10 say their classrooms aren't regularly disinfected by custodians, and more than half say they spend their own money and time ridding their classrooms of germs.

"A few are even recruiting parents to come in and, instead of helping them correct papers, they are asking them to help disinfect the classroom," said Dr. Paul Horowitz, medical director for pediatric and adolescent clinics at Legacy Emanuel Children's Hospital in Portland, Ore.

Horowitz released the survey results at a special "Back to School" press briefing on children's health, held Thursday in New York City and sponsored by the American Medical Association.

Childhood infections like colds and flu that are transmitted in the classroom are more than a nuisance. The average American child contracts 6.5 colds a year, each lasting at least three to five days, Horowitz said. Besides keeping kids home from school and lowering their in-school performance, infections like these cause parents to miss an estimated 126 million workdays annually caring for a sick child, Horowitz added. Germ-ridden classrooms take their toll on teachers, too: the average teacher now clocks an average 5.3 sick days per school year.

It's not that teachers aren't doing their best to keep classrooms clean. For the new survey, teachers from across the country were encouraged by the Scholastic publishing company to fill out an online questionnaire at the company's Web site. A total of 614 teachers who taught during the 2004-2005 school year completed the survey.

"Most said they considered their classrooms clean," Horowitz said.
But most of the teachers also understood that clean doesn't mean germ-free, especially when obviously sick kids show up for class.

"Nine out of 10 teachers reported that children often come to school sick," Horowitz said. "I see this myself in my office -- a child will come in quite ill, and I'll be told they've been ill for three days, and this is the first day they've actually missed a day of school."

And sick kids mean sick teachers: According to the survey, three-quarters of teachers believe that they contracted some form of transient illness from children they taught during the previous year.

Unfortunately, "70 percent of teachers reported that their janitorial staff does not regularly disinfect their classroom," he added.

For many teachers, there's only one solution. "More than half (56 percent) say they take what little salary they get, and go to the store themselves to buy products to help clean their classrooms," said Horowitz. "They are going out and spending their own money on cleaning supplies because they identify this as such a big problem."

So what can teachers -- and parents -- do to cut the risk?
First and foremost, Horowitz said, is to encourage hand washing.
"We know that @1/8child@3/8 absenteeism is reduced by nearly half with just regular hand washing," he said. "Use the appropriate technique though -- water and soap with vigorous rubbing for at least 20 seconds, about the same amount of time it takes to sing the 'Happy Birthday' song twice."

Added Janis Hootman, immediate past president of the National Association of School Nurses, "We also need to re-train children when we talk about sharing."

"Children are natural sharers, and school is a place to do that," she said. But she added that sharing food, cups, glasses and other germ-prone objects is a bad idea.

"Adolescents also need to be cautioned about sharing clothing and cosmetics -- mascara is a culprit for adolescent females, for example," Hootman said.

She said children and adults alike should also stop coughing or sneezing into their hands. If there's no tissue at hand, Hootman said, "We need to be coughing into a sleeve. Because otherwise we take that soiled hand and go to the doorknob. Or I greet you, shake your hand -- and spread disease organisms."

But all the precautions in the world won't completely shield children from the common cold or flu. That's why Horowitz and Hootman agreed that when children do become sick, keeping them out of school could speed recovery and ensure that the infection doesn't spread to classmates.

Horowitz said he understands that working parents can't always find the time to stay home with a sick child. But when kids are running a fever or are very ill, parents "need to come up with a contingency plan," he
said.

The best strategy is to "have a plan in place before school starts," Horowitz said. "What are you going to do when your child is sick? It's inappropriate to have them spread those germs at school and in other places."

"It's about being advocates for children in the school and in the community," he said. "It's no different from any other advocacy work, whether it's trying to change school menus or getting vending machines loaded with soda pop out of schools."