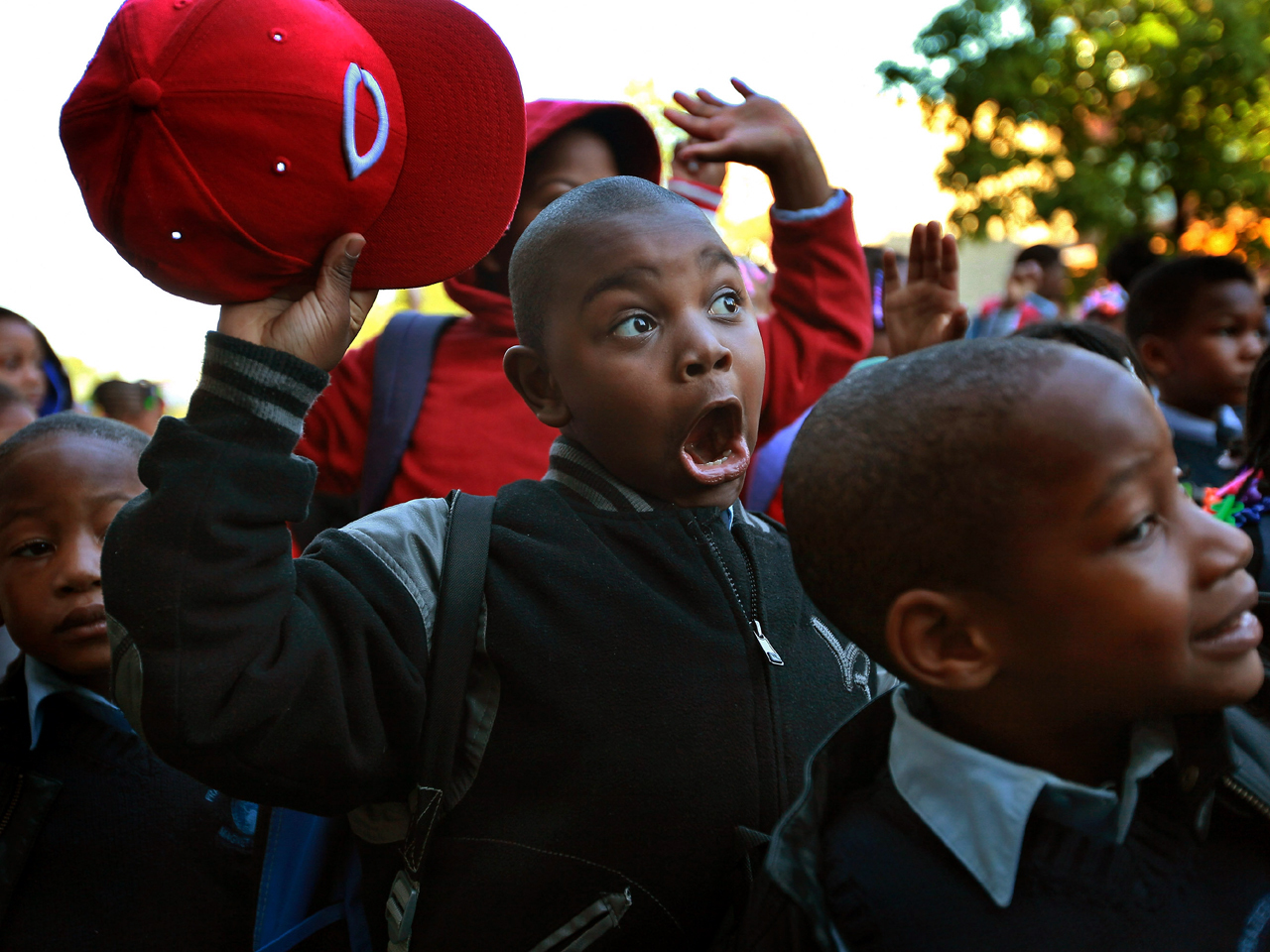 (CBS/AP) CHICAGO - Chicago children returned to school on Wednesday after teachers ended a seven-day strike that disrupted the daily routines of thousands of families and made the city a flashpoint in the debate over union rights and efforts to overhaul the nation's public school system.

Jayton Howard, a 16-year-old student on the South Side, summed up his feelings — and those of many others — in a word: "Great."

Union delegates voted overwhelmingly Tuesday night to suspend the walkout after discussing a proposed contract settlement with those in charge of the nation's third-largest school district. They said the contract wasn't perfect, but that it included enough concessions on proposed new teacher evaluations, recall rights for laid-off teachers and classroom conditions to return to work pending a vote by its more than 26,000 teachers and support staffers in coming weeks.

According to the city, the proposed contract would cost an additional $74 million per year, CBS Chicago station WBBM-TV reports. It also includes the plan for a longer school day and longer school year. No one yet knows when students will make up the class time missed during the strike.

The suspension of the strike was a relief to parents. The strike stranded roughly 350,000 students and left many parents scrambling to arrange alternative care for their children even though the district kept more than 140 schools open for several hours a day for meals and activities.

Some parents expressed hope Wednesday that the tentative contract agreement would benefit students in a district grappling with high dropout rates and poor performance.

"They'll win from the strike," said Leslie Sabbs-Kizer, referring to her children as she walked them to a South Side elementary school.

Her son, 8-year-old Nkai Melton, said he was psyched for another reason: "Going on the playground."

"I'm glad that we'll get to go back to the classroom, and I'll see my classmates," Maddy Ben-Yosef, 15, told WBBM-TV.

She said while she was out of school, "I danced alone at home to some music and did some homework."

For parent Erica Weiss, an end to the strike meant she wouldn't have to take her 6-year-old daughter to work.

"I am elated. I couldn't be happier," said Weiss, who had to leave work in the middle of the day to pick up her daughter from one of the schools that stayed open and then bring her back to her finance job downtown. "I have no one else to watch her. ... I can't even imagine the people who could have possibly even lost their jobs over having to stay home with their kids because they have no alternate care. It just put everyone in a pickle."

Wilonda Cannon, a single mother raising her four children in North Lawndale, a poor West Side neighborhood beset by gang shootings, said she was relieved that her two youngest were returning to class after spending the last seven weekdays with their grandfather.

She said she hoped the agreement was the beginning of something new for Chicago's public school system, which has long struggled with high drop-out rates and low test scores. It will take months if not years before parents and teachers will see whether the changes and contract provisions pay off for students.

"I don't know all the ins and outs (of the contract negotiations) ... but it does seem as though it's a step in the right direction," Cannon said.

Mayor Rahm Emanuel — who filed a lawsuit this week to try to force teachers back to work — called the settlement "an honest compromise."

Union leaders pointed to concessions by the city on how closely teacher evaluations will be tied to student test scores and to better opportunities for teachers to retain their jobs if schools are closed by budget cuts.

"We said that we couldn't solve all the problems of the world with one contract, and it was time to end the strike," said Chicago Teachers Union President Karen Lewis.

With an average salary of $76,000, Chicago teachers are already among the highest-paid in the nation. The district's final proposal included an average 7 percent raise over three years, with additional raises for experience and education.

But the evaluations and job security measures stirred the most intense debate. The union said the evaluation system relied too heavily on test scores and did not take into account outside factors that affect student performance such as poverty, violence and homelessness.

Susan Hickey, a school social worker, said she is eager to learn how the students she counsels fared over the summer.