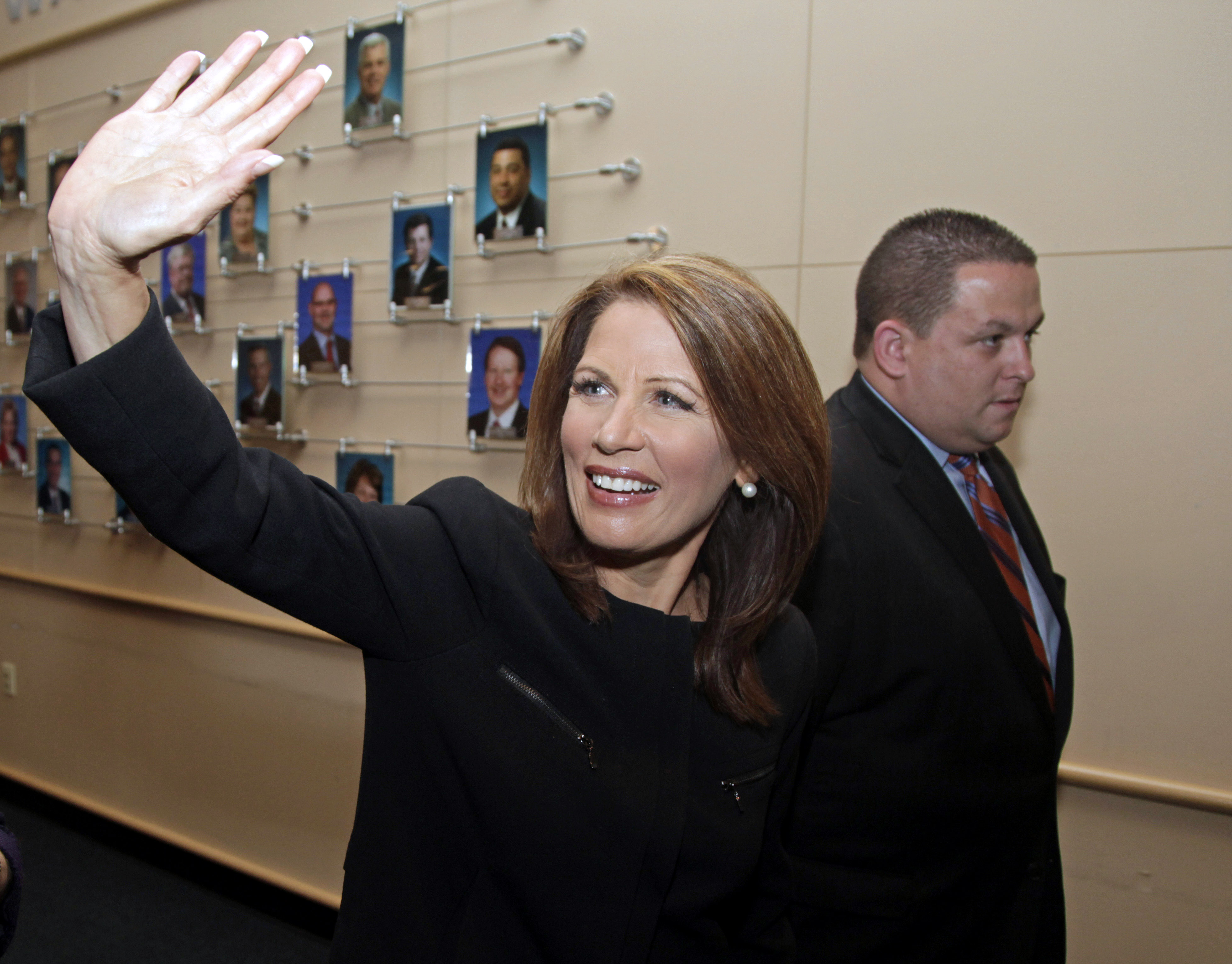 At a fundraiser here, Bachmann said she thinks the president "laid the table for the Arab Spring by demonstrating weakness," and particularly noted his call for Israel to return to its borders prior to the 1967 war with Egypt.

Bachmann, who has a track record of jumbled facts and sometimes false assertions, also drew an analogy between Obama's treatment of Israel and the fall of the shah of Iran during the Democratic administration of President Jimmy Carter, an event she maintained led to the rise of radicalism in the Islamic world.

"Just like Jimmy Carter in the late 1970s didn't have the back of the shah of Iran, we saw the shah fall, and the rise of the ayatollah, and we saw the rise and the beginnings of radical jihad, which have changed this world and changed this nation," Bachmann said. "So, too, under Barack Obama, we saw him put a lot of daylight between our relationship with our ally, Israel. And when he called upon Israel to retreat to its indefensible 1967 borders, don't think that message wasn't lost on Israel's 26 hostile neighbors.

"You want to know why we have an Arab Spring. Barack Obama has laid the table for an Arab Spring by demonstrating weakness from the United States of America."

Bachmann's campaign hit a high point when she won the Iowa straw poll in mid-August, but it's been mostly downhill for Bachmann since. She has trailed in national polls and struggled to keep pace with her rivals in fundraising.