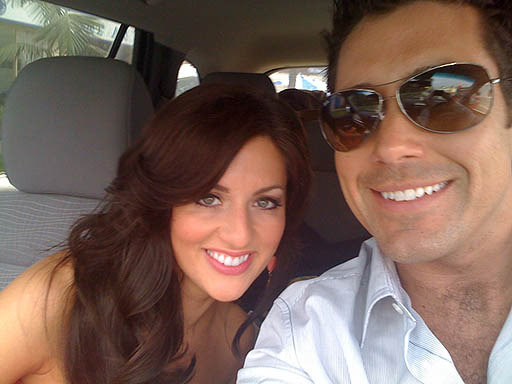 NEW YORK (CBS) It's no big surprise that another "Bachelor" couple has separated, but did infidelity play a role in Jillan Harris and Ed Swiderski's split?

According to a recent Internet report, Swiderski's cheating ways were the main reason the two called of their engagement.

"We think Ed was doing shady stuff during their relationship," an unnamed source told RadarOnline.com "Jillian knew but couldn't put her finger on it."

Back in August, rumors swirled that Swiderski, 30, was juggling two girlfriends while filming "The Bachelorette."

The two managed to overcome the roadblock as Harris, 29, remained by Swiderski's side.

"Ed and I are trying to find humor in all of this -- and there isn't much -- but it's bringing us closer," she told People magazine at the time.

The couple got engaged in May 2009 on the hit ABC reality show after Swiderski proposed to Harris while on the season finale in Hawaii. Although Harris has moved out of Swiderski's one-bedroom Chicago condo, she insisted to OK! magazine that the separation is "not permanent."