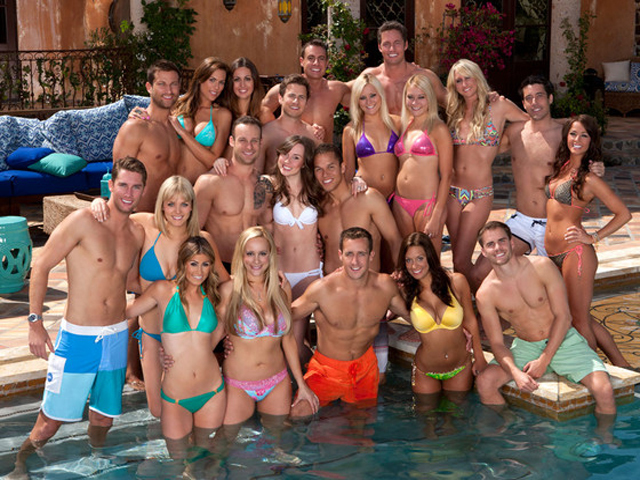 Host Chris Harrison called it the "most shocking and most disturbing 'Bachelor Pad' finale."

The ABC show isn't a matchmaking series, but love was definitely in the air this season, culminating with a proposal on Monday. Tony Pieper asked fellow contestant Blakeley Jones to marry him.

"You're kidding me," Jones responded. "Oh my God! Are you serious? Absolutely!"

"Bachelor Pad," though, centers on a $250,000 grand prize awarded to a winning couple, which came down to Rachel Trueheart and her partner Nick Peters, and Chris Bukowski and Sarah Newlon.

Trueheart and Peters snagged the most votes from the season's eliminated housemates. It was up to the pair to decide how the jackpot would be distributed. Were they going to share the cash, or try to keep it?

If both winners voted "share," they split the money. And if both contestants chose to keep the winnings, they would get nothing, and the $250,000 will be split among the other housemates. But if only one voted "keep," he or she would keep the entire earnings, leaving everyone else on the series empty-handed.

In this case, Peters opted to go solo, and Truehart chose to share the winnings, which meant Peters will keep the $250,000 all for himself. It was a big shocker and also the first time in the show's three-season history that one person walked away with the full prize.

Not thrilled with Peters' choice, a shocked Trueheart said, "You are disgusting," before launching a few obscenities at her partner.

Tell us: What did you think about the "Bachelor Pad" finale?