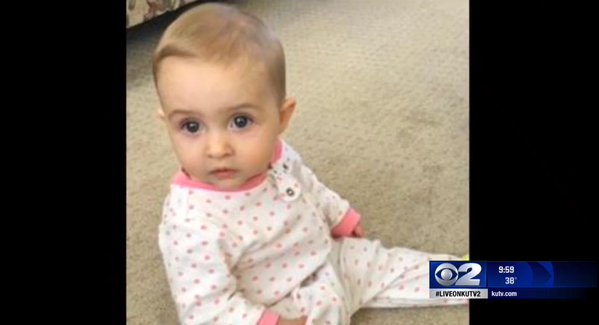 SALT LAKE CITY -- Police in Provo are investigating the death of a 1-year-old girl after tests showed she had an overdose of heroin in her body.

The Deseret News reports that the documents unsealed Tuesday show that the girl's mother told police the child didn't respond when she checked on her after putting her to sleep on Dec. 2.

The baby was pronounced dead at a hospital. The warrants say an autopsy found codeine in her system as well as a lethal amount of heroin.

Authorities say they found drug paraphernalia at the house where the girl's parents were staying, and that both the parents and the homeowners have histories of drug use.

Provo police officer Nick Dupaix says investigators are awaiting final toxicology results and trying to determine whose paraphernalia it was.

KUTV spoke with David Belgard, the homeowner, who let Penny's family stay with him.

"It was tragic, it was horrible," Belgard said.

But he claims he had nothing to do with it. He told KUTV the drug paraphernalia found throughout his home wasn't his. He also denied using drugs.

Belgard also said the contraband items belonged to Penny's parents, which they denied to investigators. They blamed Belgard.

"They're crazy," he said in response.

No one has been arrested.