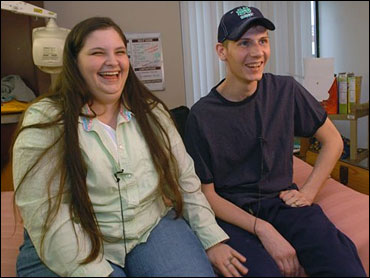 "He's just beautiful," she said. "He looks just like Randy."

The baby, delivered by Caesarian section, shares a birthday with Randy's father. Both mother and child were resting comfortably Thursday afternoon, Gregg said.

McCloy, 27, of Simpson, was the only man on a 13-member crew to survive the Jan. 2, 2006, explosion and prolonged entrapment at the underground coal mine near Buckhannon. He inhaled carbon monoxide for more than 41 hours, and doctors have never been able to fully explain why only the youngest of the miners survived.

McCloy still suffers some vision and hearing impairment, as well as continuing weakness on the right side. Although he had stopped for several months, McCloy resumed physical therapy at a rehabilitation center in Morgantown in March.