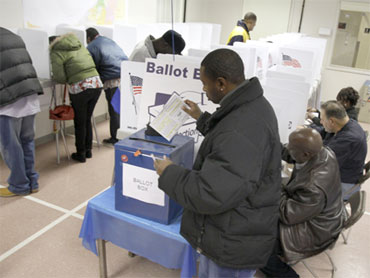 An Alabama woman gave birth this week to a baby girl after undergoing the first known successful ovary transplant in the United States.

Stephanie Yarber, 25, gave birth Monday night to a 7 pound, 15 ounce girl named Anna, said her identical twin sister, Melanie Morgan. It was the sister who donated the ovarian tissue that made Yarber fertile.

"It's a wonderful thing," Morgan said Tuesday, characterizing the successful procedure as a "partnership with God, my sister and me."

Yarber became menopausal at age 14 and was unable to become pregnant without medical help. She had tried in vitro fertilization twice, using eggs donated by her sister, but nothing worked until the ovary transplant.

"It's seemed like a wild thing to do, but after 40 years of animal research, it did exactly what we expected," Silber said.

Silber said he has since performed the transplant surgery on two other sets of identical twins. He said he believes more infertile women will now seek out the procedure.

The child was born at a hospital in Russellville, about 20 miles northwest of Montgomery.

There have been similar procedures performed outside the United States.

In Belgium, an ovary was transplanted in September not from another woman, but from the mother herself. Seven years beforehand, doctors removed and froze her ovarian tissue before she underwent chemotherapy. They transplanted the tissue back into her body when she was cleared of cancer.

And more than a year ago, surgeons in China reported a successful whole ovary transplant between sisters.