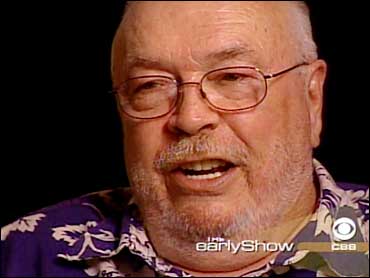 In a two-part series, The Early Show national correspondent Tracy Smith brings the story of Sarah Scantlin, a woman who woke up from her coma after 20 years. The following is her report.

In 1984, a hit-and-run accident left 18-year-old Sarah Scantlin in a semi-conscious state. She stayed that way until earlier this year, when -for no apparent reason- she began to speak. Sarah Scantlin is not speaking in full sentences yet, and it's still hard for her to move. But her family says it's the same Sarah who left them on a terrible night so very long ago.

It's almost as if Sarah Scantlin knew that her life would be interrupted because she made the most of every minute.

And she came of age in the 1980s. Besides school, there was cheerleading, parties, friends, boys. As a college freshman, she led the dance team and reveled in the life of someone who knew no limits until one day in 1984.

It was Friday, Sept. 21, the first day of autumn, after a momentous summer that had seen the U.S. triumph in the Los Angeles games and Ronald Reagan nominated for a second term. That week, a new sitcom made its historic debut. But for Sarah Scantlin, there was no time for TV.

"She was too busy living life," Jim Scantlin says.

Weekend nights were for fun, and as that September Friday night gave way to Saturday morning, Sarah Scantlin walked out of a party at a local bar unaware that a new, cruel reality was hurtling straight toward her.

It happened just after midnight. Sarah Scantlin was crossing this street with a couple of her friends when a drunk driver careened out of the darkness and hit her. The force of the impact threw her up onto his car and into the path of oncoming traffic. And the driver just kept going.

"About midnight the phone rings and Betsy finally answered it," Jim Scantlin recalls, "She came back into the room and pulled my big toe and said: 'Get up. We've got to get to the hospital. Something terrible has happened to Sarah.'

"I'll tell you. When I was awakened that night, I woke into a horrible nightmare of a new world."

Nothing could have prepared the Scantlins for what they saw at the hospital: Their daughter Sarah, the light of their lives and the hope of their world, was gone. What lay on the bed before them was little more than the still-breathing corpse of a young woman. Her face contorted. Her skull crushed. And her promising life now shattered beyond repair."

"I take one look in there and it's just gruesome," Jim Scantlin says, "She is horribly mangled, especially in the head because she was hit by a teenage drunk driver, slung over in the path of another car, and that's the one that really got her -right in the head. I couldn't handle it."

His wife Betsy Scantlin adds, "To the nurses in there I said, 'When she wakes up tonight you come and get me!' And the doctor told us, 'Sarah's not going to wake up tonight.'"

Sarah Scantlin's brain injury was massive: She could breathe on her own. But that was all. There was almost no movement, no communication, no way of knowing what she was thinking, or even if she could think at all. Her long days of silence turned into months and years.

As the '80s became the '90s, Sarah Scantlin stayed locked away in her solitary world. Her older brother Jim, who worshipped her from the day she was born, felt the bond to his baby sister slipping away.

But early this year, when it seemed certain that Sarah Ccantlin was gone forever, something miraculous began to happen. One day this past February, the Scantlins got a call from the nursing home.

After 20 years of floating somewhere between life and death, Sarah Scantlin was fully, and finally, awake.

Tune in Friday morning as Sarah Scantly talks about what she remembers from her old life. And what she learned when everyone around her thought she was completely unaware.