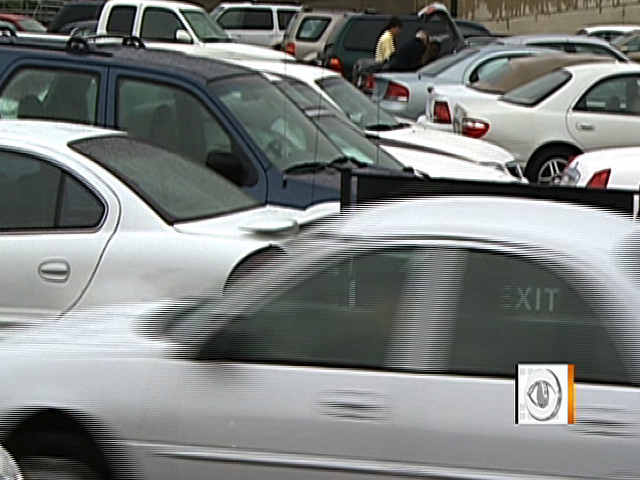 When renting a car, you'll be offered an array of extras. Some are worth getting, while others simply aren't.

Knowing which is which can be the difference between being billed a reasonable amount in the end - or a lot more.

On "The Early Show on Saturday Morning," Mark Orwoll, international editor of Travel + Leisure magazine, filled viewers in on the ins and outs of renting cars.

How much extra can rental companies get from you?

For a weeklong rental, you could easily pay hundreds of dollars in unnecessary or unexpected fees. Local taxes and fees can raise the base rate by an average of 28 percent. It's a hassle. Local towns can really sock it to you. They know you're just a visitor and thus don't vote - so they don't care if they overcharge you.

Is there any way to avoid these charges?

Unfortunately no, not when comes to mandatory taxes and fees. Just be aware of them so you know in advance how much you're paying.

What should someone be wise to in rental contracts?"

First off, these contracts are the definition of fine print. They are long, detailed and full of legalese. When you rent a car, you've just arrived at the airport, you're usually exhausted and just want to get to your hotel. The last thing you want to do is take that contract, read it, and deconstruct its complicated language. Ninety-nine percent of people just sign it and go.

But extra charges are all in the options. Most people just don't read the contracts and have no idea that you have control over them. This is where they get you. The contracts are pretty standard, they give you options. But this is where you have some control.

Rental insurance - one of the most confusing and expensive additional costs

They don't call it insurance, they call it CDW (collision damage waiver), or LDW (loss damage waiver). If you sign on for their CDW or LDW, the rental company will waive its right to come after you if you damage the car. Be careful though: It's not 100 percent coverage. You aren't covered if you crash the car while drunk or if someone else is driving. If you brought all the coverage they offered, it could cost you up to $35 a day and, in some cases, that's more than the rental itself.

Here's the thing they don't tell you: If you have car insurance, you're probably already covered for your rental. But to be safe, check with your auto insurance agent before you leave on your trip. Most policies, however, do cover rentals. And homeowners insurance covers theft from rentals. Also, if you rent the car with a major credit card, you're usually covered under the benefits of your card membership. Again, give them call before you travel, just to double-check. The car companies will not tell you this and will still try to persuade you to sign on for their insurance.

Only sign up for their coverage if you don't have auto insurance of your own or your credit card doesn't cover it. Don't leave yourself unprotected.

The damage form you have to fill out

This is a form you usually sign after you get to your car. They will give it to you and ask you to inspect the car. Most rental companies require you to initial the document, stating that you have inspected the car before leaving the lot and that there were no visible signs of damage. The best advice: Inspect the car visually and snap a few pictures with your digital or smart phone camera. Take more pictures when you return the car to protect yourself against unfounded claims.

If you have insurance and your kid is listed under your policy, they should be covered.

Any difference in renting at an airport or at an off-airport site?

Renting a car at the airport is expensive, In fact, you can save about $10-$15 dollar a day by renting from a downtown location. But watch out: You may have to pay for a taxi to get to an off-airport site, and that can eat up any savings.

It's a terrible deal. You pay in advance for a full tank of gas. Then, you're expected to return the car with an empty tank. But that's literally impossible. Choose instead to return the car with a full tank. But be careful: If you forget to fill the tank, you'll be charged around $9 a gallon. You agree to it when you sign their contract. They could make it $25 gallon if they wanted to.

By the way: Gas stations very close to the airport tend to overcharge, because they know renters will be using them to fill their tanks. It's best to use a gas station a few miles away from the airport.

What about one-way rentals - can you get burned?

One-way rentals are when you rent a car at one location and return it at a different one. The rental companies don't like when you do it, so they'll charge you a fee for doing it. Unfortunately, it can be as much as $150. Many consumers aren't aware of this charge and will get socked. As for avoiding that charge: Most companies have this charge, so you just have to shop around for the one with the lowest fee.