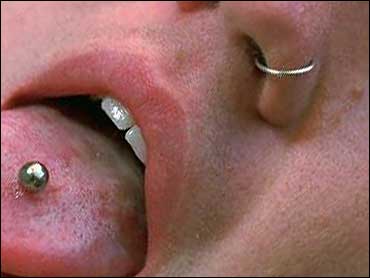 With celebrities like Christina Aguilera and Serena Williams leading the way, it's becoming more and more common to pierce everything from navels to tongues.

The body piercing industry is largely unregulated - so it's important to know what to look for in a piercer, or you could be exposing yourself to serious infection, reports The Early Show medical correspondent Dr. Emily Senay.

"Everything should be single-use and sterilized. The needle should be in a completely sterilized package that should be opened in front of you," says Beam. "They shouldn't be pulling anything out of jars full of whatever that hasn't been sterilized - you never know what's on it."

In a lot of places, like New York, there is no legislation governing tattooing or piercing, so anyone who wants to can order equipment from a magazine and start piercing people.

Beam has proposed legislation in New York that would create licensing and inspection guidelines for all body piercers. Her efforts could prevent a repeat of what happened in upstate Rochester.

"We had 15 documented cases and an additional 30 suspect cases of infection related to cartilage piercing," says Nancy Bennett from the Monroe County Health Department.

Valerie Batsford was one of those cases.

"I couldn't make it through work," says Batsford. "I couldn't even like stay awake or stay coherent pretty much."

A bacterial contamination at a local piercing shop landed her in the hospital for six days and home from work for about a month. Because her piercing was through cartilage, her case was particularly severe.

"Cartilage tends to have poor vasculature, so if you get an infection in the cartilage, it doesn't clear up as easily as it would in some other part of your body that has a better blood flow," says Bennett.

Better blood flow like the tongue, where Michelle Leavy chose to get a piercing.

"I thought it was the cool thing to do at the time," says Leavy.

"When I bite on the back on the ball, I have this intense pain on my teeth," says Leavy.

Her dentist, Dr. Marc Leichtung, is concerned about the long-term effects of a piercing in the mouth.

"People have a tendency to either play with it or accidentally bite on it," says Leichtung. "Over a long period of time, this can cause broken teeth or an irreversible problem with the nerve of the tooth causing the patient to need root canal.

Since the mouth is full of bacteria, a tongue piercing can lead to even more issues.

"It can cause a build up of plaque and tartar which may get into the blood stream," Leichtung says.

Beam says to check the safety and hygiene of the piercing studio you're interested in and ask around.

For Valerie - no more cartilage piercings.

"I don't think I want to risk going through that again. Whether it would happen or not, I don't ever want to face myself with that again."

Some places use piercing guns for a lot of piercing. Stay away from those because they can't be sterilized and can harbor all sorts of bacteria. A single-use, sterilized needle is much safer. 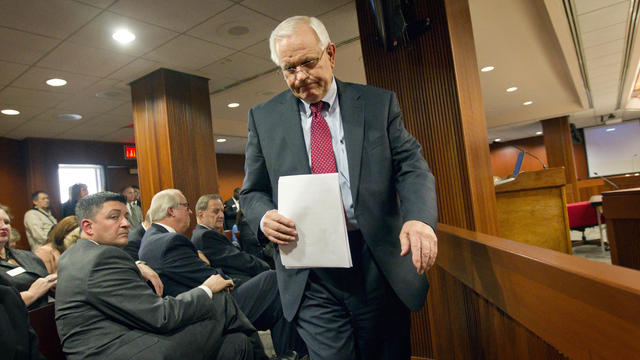