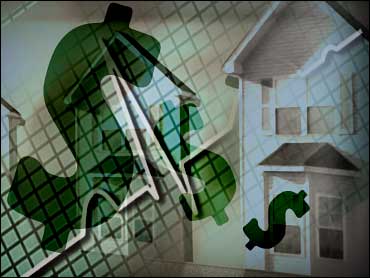 The recession has cut many Americans' net worth by about 20 percent as the value of homes, stock portfolios and businesses have plummeted, the Federal Reserve said Thursday.

The Fed said the average net worth of American households plunged 22.7 percent since the recession began in December 2007 through October, when the report was prepared. The median net worth, or the midpoint between the wealthiest and poorest, fell 17.8 percent.

The impact has disproportionately fallen on the wealthiest households and those between the ages of 55 and 64, a Federal Reserve economist said. Net worth tends to peak in that age bracket, as retired Americans begin to spend down their savings.

If the value of second homes and businesses are excluded, the Fed said in its report, average household net worth fell 12 percent, which reflects that such assets are "relatively concentrated among wealthier families."

The decline in home prices and stock portfolios in 2008 wiped out gains in net worth from the previous three years, the Fed said. Median household net worth increased 17.7 percent between 2004 and 2007, but fell 3.2 percent from 2004 through last October, according to the Federal Reserve's Survey of Consumer Finances.

The central bank conducts the survey of more than 4,400 households every three years. The survey was completed at the end of 2007, and Fed economists used stock market and home price indices to calculate changes through October.

The report also includes some data that illustrate the inflating credit and housing bubbles that popped with such disastrous results.

Earlier this decade, Americans took out much more debt to finance the purchase of second homes and make other real estate investments, the report showed.

That type of borrowing increased to 10.1 percent of all debt in 2007, the survey found, up from 6.2 percent in 2001. Mortgage debt on primary residences, meanwhile, remained relatively constant as a share of all debt over that time.

And while the total debt burden of U.S. families didn't change much from 2004-2007, the percentage of debtors that owed an amount equal to 40 percent or more of their income increased to 14.7 percent in 2007 from 12.2 percent three years earlier, according to the Fed's survey.

The increase was particularly noticeable among higher-income earners. For those in the second-wealthiest group - between the top 60 percent and 80 percent of incomes - the percentage of borrowers that owed 40 percent or more of their income jumped to 12.7 percent in 2007 from 7.1 percent in 2004.