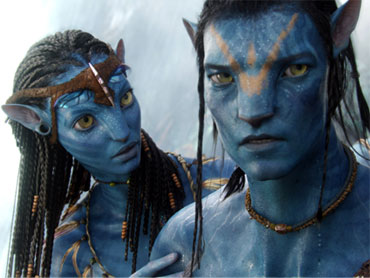 The Academy of Motion Picture Arts and Sciences has announced the 15 films vying for best visual effects consideration at the Oscars.

Blockbusters such as "Avatar," "2012" and "Transformers: Revenge of the Fallen" will compete with smaller films such as "Where the Wild Things Are," "District 9" and "Coraline."

"Avatar" Gets Blue-Carpet Debut
The King of the World
Cameron's "Avatar" Premieres in London
Will "Avatar" Ride "Titanic's" Wake?

The other semifinalists are: "Disney's A Christmas Carol," "G-Force," "G.I. Joe: The Rise of Cobra," "Harry Potter and the Half-Blood Prince," "Sherlock Holmes," "Star Trek," "Terminator Salvation" and "Watchmen."

On the Set of "Avatar"
The Showbuzz: "Avatar"
James Cameron's "Avatar"

The list was selected by the academy's visual effects branch executive committee, which will narrow the list to seven in January. The committee will eventually pick three films for Oscar nominations.

The awards will be presented March 7.