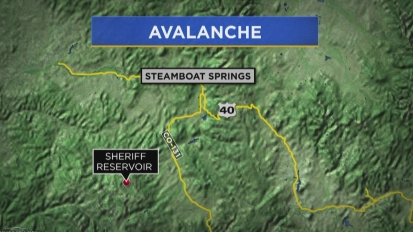 One did not survive and one skier escaped and was able to get help. A search for a third skiier continues.

“In the area of the avalanche, rescuers located a male deceased,” Rio Blanco County Sheriff’s Office said in a Facebook post.

Rescuers further searched the area and “located the other party who was tired and not injured,” the post said.

The snow slide occurred near Sheriff’s Reservoir in the Flat Tops Wilderness Area in Garfield County.