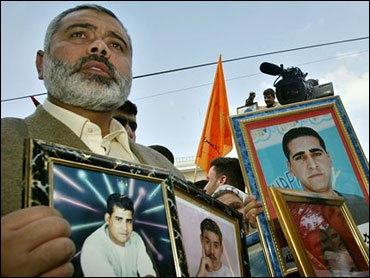 Only three games into the new season, Patrick Roy already has 96 saves and one big steal for the Colorado Avalanche.

The Penguins outshot the Avalanche 40-18 and had nearly all of the good scoring chances after the first period, then survived an Avalanche power play over the final 43 seconds of 4-on-4 overtime.

"Patrick was simply Patrick," Colorado coach Bob Hartley said. "It would be pretty tough to be more impressive than he was."

Jaromir Jagr had one goal and set up another as Pittsburgh scored three goals in a span of 7:35 to turn a 3-1 deficit into a tie that easily could have been a win if it weren't for Roy.

"He stole a couple of goals from me and he stole a game for his team," Jagr said. "He played great."

After The Cold Rush

The Penguins, playing their second game in as many nights, apparently didn't get an emotional lift from Lemieux's pregame remarks to the standing room only crowd. Colorado needed only three shots to grab a 2-0 lead on rookie Alex Tanguay's first career goal 22 seconds into the game and Jon Klemm's second goal at the season, at 5:02.

"It's the beginning of the season and we're still rusty and I have to talk to the defensemen a little more," said goaltender Peter Skudra, who started for the injured Tom Barrasso. "They cam out hard and we came back hard."

Skudra settled down after the shaky start as the Penguins stepped up the offensive pressure by outshooting Colorado 14-3 during the three-goal second period and 12-4 in the third period.

"They were moving the puck, no doubt about it," Roy said. "I didn't have time to appreciate their play. When they started in during the second period, I was ready to call somebody in to take my place for a while."

Jagr, coming off his first NHL MVP season, snapped a wrist shot by Roy from the top of the slot at 4:07. After Milan Hejduk tapped in a loose puck the Penguins' Robert Lang couldn't clear, Pittsburgh's Alexei Kovalev made it 3-2 with a power-play goal at 7:27 almost identical to Jagr's shot.

Jiri Slegr tied it at 11:42, using a nice move to get free in the right circle and put a shot between Roy's pads.

"I told the guys at the end of the first period I was having an easy night," Roy said. "I told them if I had 45 shots, I might have a heart attack. I had 40, so maybe I shouldn't have said anything."

Slegr said, "Forty shots is a lot. We hit posts, we hit everything. But he played great and we have no excuses."

NHL commissioner Gary Bettman attended the game, the Penguins' first since Lemieux's ownership group purchased the team in bankruptcy court to prevent it from relocating, possibly to Portland.

Lemieux, who played his last home opener three years ago, stood with the players during the pregame introductions. When Jagr was the last to be introduced, an honor once reserved for Lemieux, Lemieux playfully took a step toward the ice, then backed off laughing.

"We knew because of that presentation they were going to have a heck of a game," Roy said. "We expected them to be a little rusty at the beginning, but to really come at it in the second and that's what they did."

The Avalanche, 5-0-1 in its last six games in Pittsburgh, played its third game in four nights during a season-opening five-game road trip.