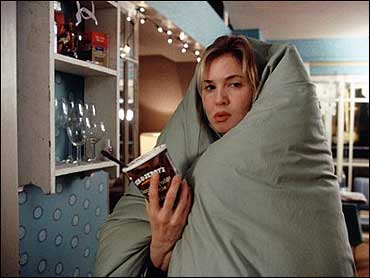 Here are some previews of upcoming fall movies by The Early Show entertainment contributor Laurie Hibberd:

Alfie
Jude law also stars as a womanizer questioning his philandering ways in an update of the '60s classic "Alfie."

Mr. 3000
Bernie Mac is an egotistical baseball player who comes out of retirement when a statistics error reveals he really isn't "Mr 3000."

The Forgotten
Julianne Moore stars as a mother who's told her deceased son never existed in the psychological thriller "The Forgotten."

The Grudge
Sarah Michelle Gellar battles her own demons in the horror film "The Grudge."

Taxi
Queen Latifah and Jimmy Fallon lighten things up in the comedy "Taxi."

Christmas With The Kranks
"Christmas with the Kranks" is based on John Grisham's novel "Skipping Christmas." The film stars Tim Allen and Jamie Lee Curtis as a couple trying to ignore the holidays.

Ray
It may be a little early to think about the holiday season, but it's never too soon to think about awards season. Jamie Foxx is already getting Oscar buzz for his portrayal of Ray Charles in "Ray."

Alexander
And Colin Farrell stars as one of the greatest conquerors of all time in three-time Academy Award winner Oliver Stone's epic, "Alexander."